Which characters missed the opportunity to be in the Canon Depiction Contest?

I would say… Naho, Kabrua, a member or the leader of the Sister of the Skrall, the Cursed Great Being, Johmak, Tanma from The Kingdom, Macku from The Melding, Phantom, Angonce, Heremus, Lein, Hero Agori, the Great Spirit Robot & the Prototype Robot, a Shadow Takanuva, Kojol, Tridax, any other?

eljay said there was a second entry, so we can look forward to it.

Other than that, I want crazy canister builder Matoran in Karzahni
We need a contest for something smaller.

We need a contest for something smaller.

True. Or a Creature of Bota Magna Contest, where fans get to build some species and stuff. For example large dinosaurs, lizards, etc.

Also, a second entry? Like, another contest after we reach Marendar’s end?

Angonce, Heremus, Cursed GB would never have a contest.

The rest is insignificant and thus highly unlikely to ever make any future character list.

Phantom all have known appearance already.

Phantom doesn’t, I don’t think. It’s kind of a gray area. Last I checked the topic I made about the lost contest winner, there was significant evidence that the found entry was not Phantom, and was perhaps one of the other two “lost winners”.

But even if we could know for sure that this entry is not Phantom, I still don’t think Phantom should have a canon contest; Phantom’s appearance should be whatever won the Dark Hunter contest, even if that can never be found.

The rest is insignificant

I think there’s an argument for Kingdom Tanma; he contributed to the story, and had a speaking role.

Shadow Takanuva could also fit the criteria, it just wouldn’t be a very good contest; the Shadow Takanuva look like Prime Takanuva, just with different colours.

Also, Kabrua has been heavily discussed for the second list.

The Morbuzakh is unlikely to have a canon contest, since we already know what it looks like: 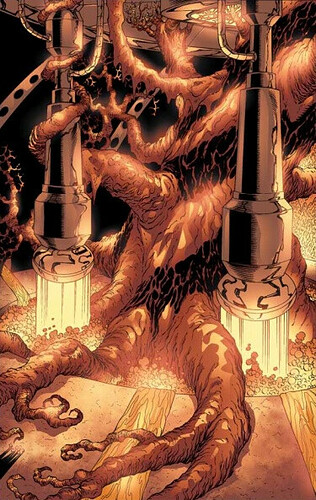 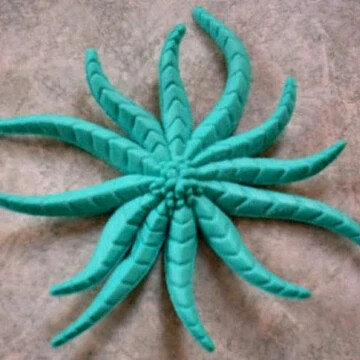 True, I guess I’d been hoping for something more! But it’s understandable since it does already have canon appearances

I wish we’d be able to get canon appearances for the rest of the Toa Mangai but Eljay’s said that they’re not doing them.

Taking the list of characters without appearances from BS01, I’ve divided it into a few categories.

pre-mutation Barraki
Boreas, Taiki, and Shu should technically be on the list of no appearances, but I don’t think they should have a contest

Technically (with the exception of Carapar), they’re in a similar boat (pun intended) to the Hagah, where their unmutated form is their current form. However, unlike the Hagah, they never showed up once their mutations were reversed. But they did show up unmutated, in the prologue to City of the Lost.

Angonce, Heremus, Cursed GB would never have a contest.

Dang, would’ve been a great way to know how they truly look.

I agree about the first 2, but Phantom doesn’t count with an image at Biosector01 like the rest. I know he had a 2005 model that never got entirely canonized for some weird reason.

The rest is insignificant and thus highly unlikely to ever make any future character list.

I disagree, Nikila wasn’t a huge part of the story and still got an image at Biosector01, so why wouldn’t those? Just my humble opinion.

As far as predictions for the second list go here is mine. We know the list has 12 characters and only one of them is a Toa. We also know N&J wanted to include some Matoran and/or Makuta. So I predict:

Toa Naho/Toa Dume - either one could fill the single Toa spot both have things going for them such as Dume being a more prominent and important character as well as the opportunity to give us the Great Kiril appearance which people have been asking for so long. Naho has been mentioned as potential character by Eljay and has spent the entire story as a Toa. She also has a name.

Tridax - an obvious choice, a named Makuta with a known specific color scheme and weapon.

Kodan - an important named Matoran who has pretty much been confirmed already.

Ihu - another named Matoran with importance and even one speaking line. Other strong candidates include Mahritoran Gar or Reysa (most likely Gar due to more screen time). Mavrah has things going for him, but people will unfortunatelly regard him like an Onepu clone.

Johmak - OoMN member for diversity and we do have inough info about her.

Pre-mutation Barraki - an opportunity to make six different (prime) species of the MU and to have Barraki in their glory days. This has immense potential and the character count adds up.

Mavrah has way more of a story role than Ihu and Kodan (neither of whom even have speaking lines, outside of one debatedly-canon story from one of the un-canonized contests). There’s no way that they’re on the list and he isn’t.

Mavrah has things going for him, but people will unfortunatelly regard him like an Onepu clone.

Mavrah should definitely be part of it since he’s relevant once again in The Powers That Be. I trust in the community’s ability to make him look different from Onepu.

This has immense potential and the character count adds up.

Also, i think Pridak, Takadox, Kalmah and Mantax were restored to their old looks after migrating to Spherus Magna due to Mata Nui’s healing powers over the world + making the lenguage barrier non-existant between both species.

Mavrah has things going for him, but people will unfortunatelly regard him like an Onepu clone.

Unless I’m mistaken, he more or less is. Onu-Matoran with a purple Pakari?

Pridak, Takadox, Kalmah and Mantax were restored to their old looks after migrating to Spherus Magna due to Mata Nui’s healing powers over the world + making the lenguage barrier non-existant between both species.

Ehlek was unmutated as well, but his mutations were pretty much only the spines on his back. (he also gained the ability to breathe air when he was cured). Perhaps Ehlek should be art-only as well?

Unless I’m mistaken, he more or less is. Onu-Matoran with a purple Pakari?

Well, if you want to be really pedantic, we don’t know his feet color. He could be like Akamu and have black feet, or another color like grey, orange, tan.

Regardless, he’s still a Metru Matoran build, so his contest would have to be art-only