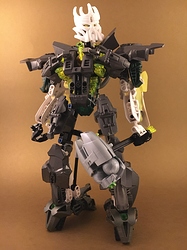 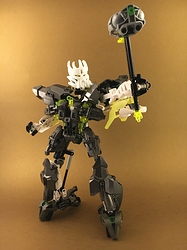 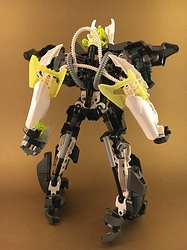 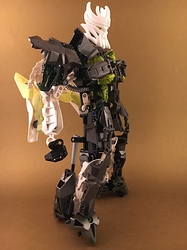 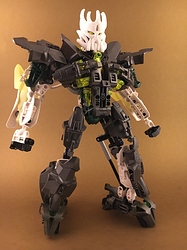 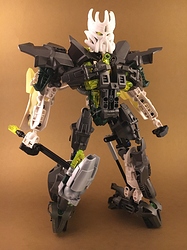 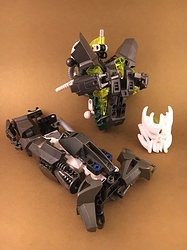 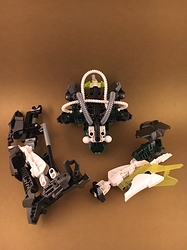 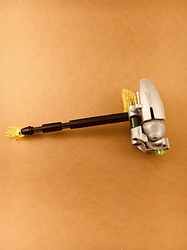 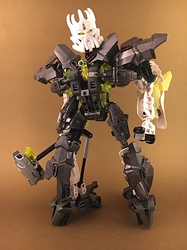 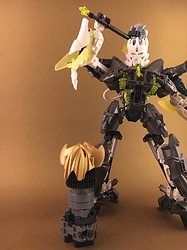 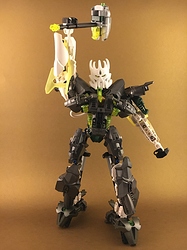 I have been looking forward to the Artakha contest pretty much as soon as the canon contests and roster were announced, beginning development immediately.

Growing up with the character, I always imagined Artakha as being a bright figure with white as a prominent part of his color palette.

Now, if there’s anything I’ve noticed about the TTV community, y’all are big on attention to detail. So, I’d like to carefully explain how this depiction squares with the canon description and falls within the general parameters of the contest, even if the recommended defining palette emphasis is on green. I sincerely hope that this is not a disqualifying palette, and that voters can decide if my creative license matches their conception of the character.

“He stood at least 10 feet tall. His armor was gray-green and covered in runes carved at the beginning of time.”
— Reign of Shadows, Chapter 10

Key word here being armor: nowhere is Artakha’s outer-skin / epidermis ever described: all that are defined by canon descriptions are his armor color (grey-green), height, aura, mask, and smithing-hammer. His skin-color (or Bionicle-equivalent) are open to interpretation.

His armor matches his canon-description: I opted for a gunmetal-grey interpretation with accents of ancient green crystal. Beneath this armor, his skin is close to 50/50 white and dark green, which if nominated to the Art Phase of the contest, I’d recommend changing to sand-green, as I believe was Greg’s intention. Alas, these colors barely exist in my collection, so dark green became the placeholder. However, dark green accents connect him to his brother Karzahni, who bares similar hues. The green elements appear beneath his shoulder plates, his torso armor, and as crystal components throughout his armor.

Since Greg seems to envision his armor being largely sand-green in color (again, a color that is simply not in large supply piece-wise), I would like to remind community members, admin and voters that any part of this entry can be re-colored with sand-green in the art portion of the contest. In fact, I would encourage this, even if it is the white elements that are changed in this process. This build provides a foundation for artists to interpret and get the exact colors right in the second half of the contest, keeping what they like and modifying the rest to better fit “canon.”

He is tall and imposing. He stands at 12 inches, the same height as the official Brutaka set. His frame is loosely based off of Umbra, as the two were canonically created around the same time by the Great Beings. This is also to keep the build in line with official LEGO set aesthetics.

Above all else, he carries a real presence that I’ve come to love. I am so happy with how he came out. Regardless of the contest, he will always be my Artakha. He even inspired me to start a Bionicle themed instagram, forge_of_artakha, which has become a really rewarding quarantine project.

Credit to KhingK for the Mask of Creation design, which I truly hope ends up becoming the canon mask regardless of MOC winner. I purchased this print from KhingK’s Shapeways store Forge of the Mask Makers.

Happy forging for all the other participants! Looking forward to the awesome competition!

I would like to emphasize that the palette of this submission ought be re-interpreted as largely sand-green in the art portion of the competition. This entry is meant to be a physical foundation for artists to get the color palette just right later. The pieces simply don’t exist for a mostly sand-green build. White pieces ought to be regarded as sand-green for artist’s interpretation later. 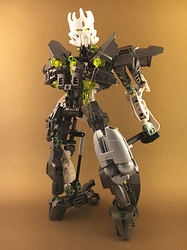 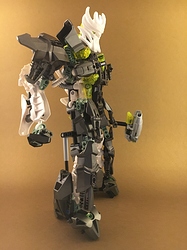 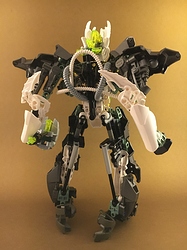 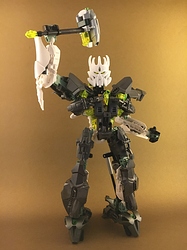 It’s good to see you on the contest, Forge of Artakha, I follow your work and this a different moc from what I have studied in the community, It looks really nice in the photos, good luck!

Hey there! Glad to see different parts of the community coming together for these contests. Thanks for the support!

I really like the hammer. Out of all the entries I’ve seen, it strikes the best balance of being large enough to be intimidating, but also small enough to be a reasonably sized forge hammer.

First of all, I would like to say that this MoC is very fantastic, and I by no means want to diminish the work you’ve put into creating it. Your submission is well-crafted, and your entry post equally so, as you’ve clearly put a lot of thought into many aspects of the MoC and how it can be adapted into artwork to work within canon constraints. However, I would like to remind you of this section of the rules:

However, your Artakha must:

-Be only be one shade of green. We will make an exception if the eye stalk is a different green from the character. This is because sand green (canonically the color of Artakha ) is harder to find. However, one other exception we will make is that you can include one other shade of green if your entry already has sand green. As such, the green on the MOC will be recolored to sand green in the final artwork.

Your MoC uses three shades of green, between the two transparent shades and the Metru green. The only exception for multiple shades of green, as stated in our rules, is if sand green is included as one of two shades. I’m curious if you also have an explanation for this at all, or another perspective you would like to share that may change on our minds on the matter; if not, we’ll unfortunately have to disqualify the MoC.

Thanks once again for your participation and creativity! We really appreciate it.

Hey there! Thank you for the kind words and prompt response concerning the color rules.

I built this MOC when the contest roster was first announced pre-Helryx polls going live, so color rules were not a factor when I initially built this. I must admit that I had a mini-panic attack when I saw this rule in place, having already taken the time to take pictures ahead of time. I honestly had hoped that this would be a “soft rule,” given that I have satisfied all other conditions for entry.

Given that the final Artakha design will be determined by the secondary artist render, not the MOCist, this color rule seems oddly arbitrary and constraining, especially given that nowhere in Artakha’s canon descriptions is he described as one block color (again, only his armor is given a color description - there is plenty of room for interpretation for other color palettes being present beyond his armor).

If I may ask, what was the thinking behind / purpose of the “one green only” rule? What is the benefit of this for community engagement and creative freedom? Is there any chance of this being changed, or being modified as a soft/recommended rule?

If the concern is that the final design be sand-green in appearance, why not make that a stipulation of the art portion of the contest, and not the build portion, where sand-green pieces are in limited supply and use?

Edit: Adjustments have been made to ensure that the entry can remain within contest parameters. In accordance with contest rules, there are now only two types of green pieces present: sand-green, with crystal transluscent green as an accent.

Below are the new entry photos in the following order: Front, Side, Back, Entry Photo. 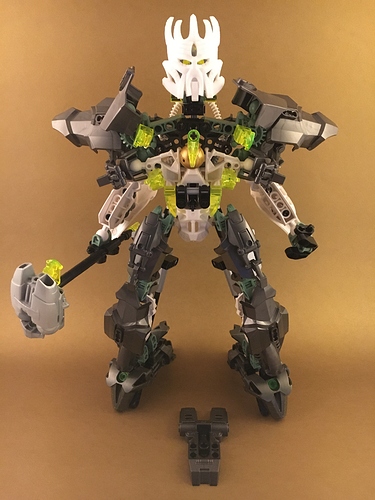 More can be provided as necessary

That should do it. Thank you so much for your patience and for your accommodation. This model is quite exciting and we’re glad you submitted it. Best of luck!

Key word here being armor : nowhere is Artakha’s outer-skin / epidermis ever described: all that are defined by canon descriptions are his armor color (grey-green), height, aura, mask, and smithing-hammer. His skin-color (or Bionicle-equivalent) are open to interpretation.

I mean technically you made his “skin” gray green and his armor gun metal and white, but if Eljay says it qualifies then I guess it qualifies, best of luck!

Skin is white and (now) sand-green, while armor is gun-metal (a type of grey) and crystal green. Think of the armor almost like a removable blast shield to protect against the heat of his forge.

Artists can re-imagine the color palette as much as they like to get overall appearance just right; this was designed with the intention of getting the base frame and foundation down for that artist exploration.

Finally another MOC with a correctly sized hammer! Unorthodox color scheme, but honestly it looks great. The hammer build is very creative.
One of the top contenders. Good job!

Ah yes, I was looking forward to seeing this in all it’s glory, especially from what I’ve seen of him on Instagram. I had always found his built somewhat unorthodox, yet very innovative, especially given the torso construction. I for sure love the look of him, as well as the use of CCBS pieces blended in with classic technic and Bionicle elements.