BIONICLE The Journey to One Speculation

With LEGO confirming BIONICLE on NETFLIX, with the first 4 episodes, I wonder who is the voice actors, Which year storyline will it start off 2015 or 2016. But it will be interesting for NETFLIX to have BIONICLE, I know BIONICLE will have more episodes but I think epidodes 1 and 2 will be the Origin story with the Skull Spiders and Toa’s arrival, And episode 3 and 4 will be finding Ekimu and Defeat Skull Grinder. Then 2016 Storyline will continue for episode 5 for Volume 2 on the DVD. But if the 2015 doesn’t make it to become apart of the BIONICLE The Journey to One TV show, then it will go through with 2016 storyline. But Bare with me, the Teaser does say coming soon on 2016 at NETFLIX, but I think we are getting the 2015 Storyline for the first 4 episodes in Volume 1. 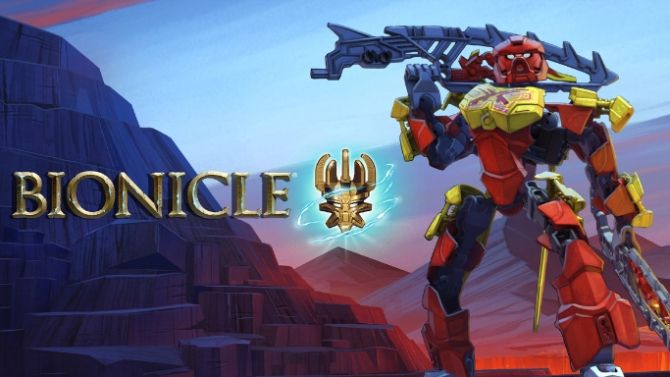 I just wonder who is gonna make their voices in Spanish, hope the same of MoL

Yes that also includes for the Questions of other Voice Actors for other languages, I really wonder who will do the Japanese translations, the reason I said this is, since I watch Anime, I wonder which Anime Voice Actors will do so I can make that one Anime Character is that Toa or Villain since it will be that same person.

I think it’s a little early for this to have its own topic. We know little to nothing about this series, and it’s unlikely we’ll get any info anytime soon. There’s not really anything to talk about until more info is released.

Interesting…I hope the voice acting is good and doesn’t end up like the later Hero Factory episodes.

I know Hero Factory ended with a cliffhanger with Brain Attack and Invasion from below, but I do think it will start with 2015 on the first 4 Episodes and then that is it, Volume 1 is done, later mid 2016, Volume 2 comes in with episode 5 with the 2016 storyline but I hope that there will be a lot episodes and couple Volumes for season 1.

Where did this volume 1 and 2 thing come from?

His own personal theory. We have no confirmation or even a suggestion of a Vol 1 and 2.

well normally LEGO releases DVDs with a number of Volume like CHIMA ended up with 8 Volumes and Ninjago Season 2 has 4 Volumes, Season 3 has 2 and Season 4 has 2 Volumes so far but Season 1 ending up just a movie, but that is in Australia.

I am so glad this is happening. I don’t have Netflix, but I might finally cave just for this. I wonder what the release schedule would be like, I wonder if they’re going to release one episode every three months in a new quarter of 2016. If that one promotional Image is anything to go by, at least one of the episodes will deal with the 2015 storyline. Assuming that the animation style in the show is the same as the promo, it reminds me of the Hordika Animations.

As far as voice acting is concerned, I’m just gonna leave this here: not my work, just something I found

The person forgot that Jaller also did the one knight dude in MLP.

You know what I want to see

Yes, and I wan’t Bingzak to become the seventh Toa later on like Takua but I feel like that I don’t wan’t the Seventh Toa named Takanuva, but a different element besides light. But I think we will see the Toa of light soon but I wan’t to learn more about Bingzak in the later year.

We know little to nothing about this series, and it’s unlikely we’ll get any info anytime soon

Changed to a speculation topic given the heavy speculation throughout the OP’s post, we can probably have a new topic when its out or being released to discuss it.

Q1 covers the months of January, February and March 2015. With NYCC approaching we’ll likely get some more news on what it is IF Bionicle has a presence there.

As for thoughts, I’m not sure we will get more than four episodes - or if we did we likely wouldn’t get it until the end of 2016. These four episode covering the 2015 storyline and searching for Ekimu (The Journey to One)

that is indeed what I thought with the four episodes, and I do believe we will get more episodes with 2016 but I may have a different Title with the 2016 series, like Hero Factory with the first lot was Rise of the Rookies and the second lot was Savage Planet but the Ordeal of Fire was just in the special features for some reason.

Bingzak is a jungle villager and a most likely a side character Windham brought in, as Windham did say he had to notify LEGO about side characters and Bingzak is the only one in the book.

As for thoughts, I’m not sure we will get more than four episodes - or if we did we likely wouldn’t get it until the end of 2016. These four episode covering the 2015 storyline and searching for Ekimu (The Journey to One)

Well, a couple of news sources have stated the four episodes are to start with and there will be many more, their source is unknown though. Plus, judging by shows like Chima, they could have the 4 episodes and then in the 2nd or 3rd quarter of the year the rest.

Well, a couple of news sources have stated the four episodes are to start with and there will be many more, their source is unknown though. Plus, judging by shows like Chima, they could have the 4 episodes and then in the 2nd or 3rd quarter of the year the rest.

It’s probably just an assumption based on the performance of past TV shows. Think Legend of Korra–initially scheduled to be a 1-season miniseries, but turned into a 4-season show because of its viewership. This could be BIONICLE’s intended path…or, perhaps Netflix did indicate that there may be more to come. It’s too early to say. Maybe NYCC will have more info on it.

Really he’s the Jungle Villager? I thought he’s the red one?

Really he’s the Jungle Villager? I thought he’s the red one?

Oh, have you not read the book? I recommend it a lot, it’s really cool.

As for this show, I just hope it’s good.