It’s that time again! This is Echis Phantasm, a sentient automaton specializing in holographic illusions and aggressive melee combat. 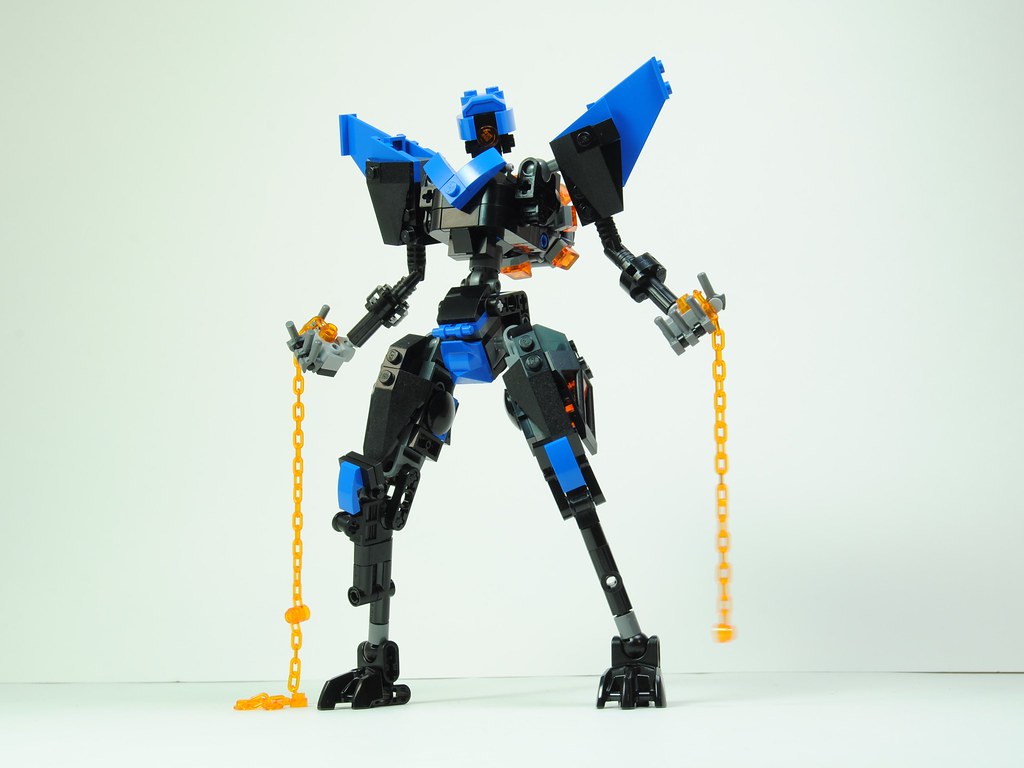 Phantasm uses hologram projectors to create illusory copies of itself or mask the environment. It strikes with its burning plasma chains before disappearing behind an illusion. 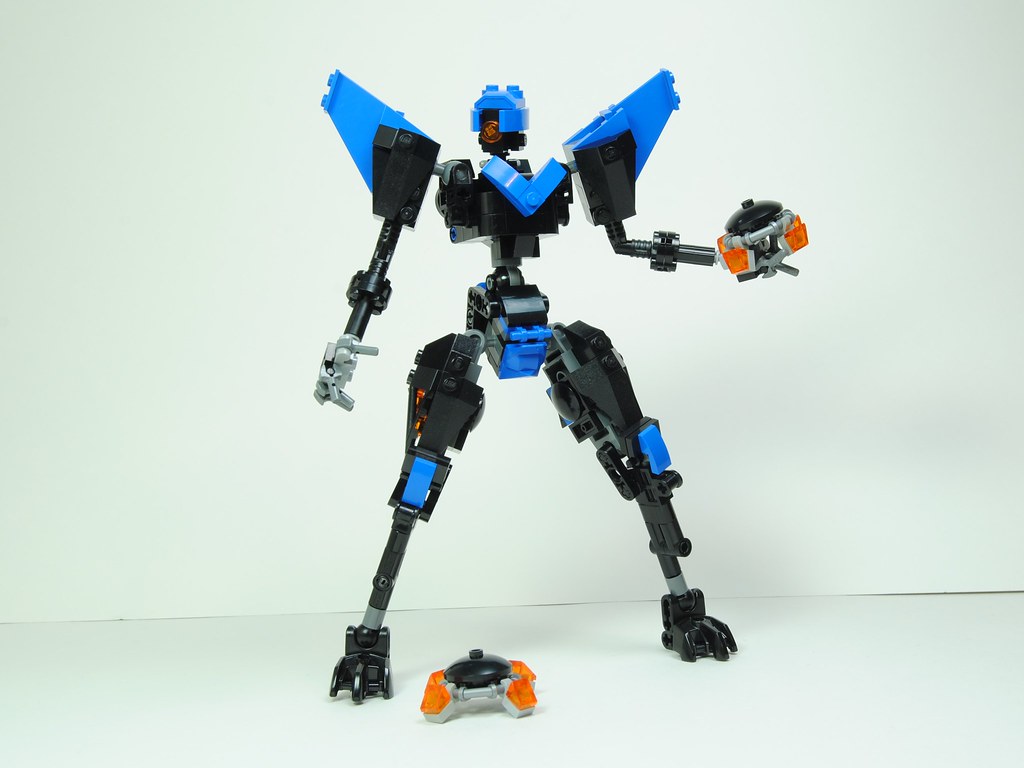 The projectors can be stored on Phantasm’s back when not in use. 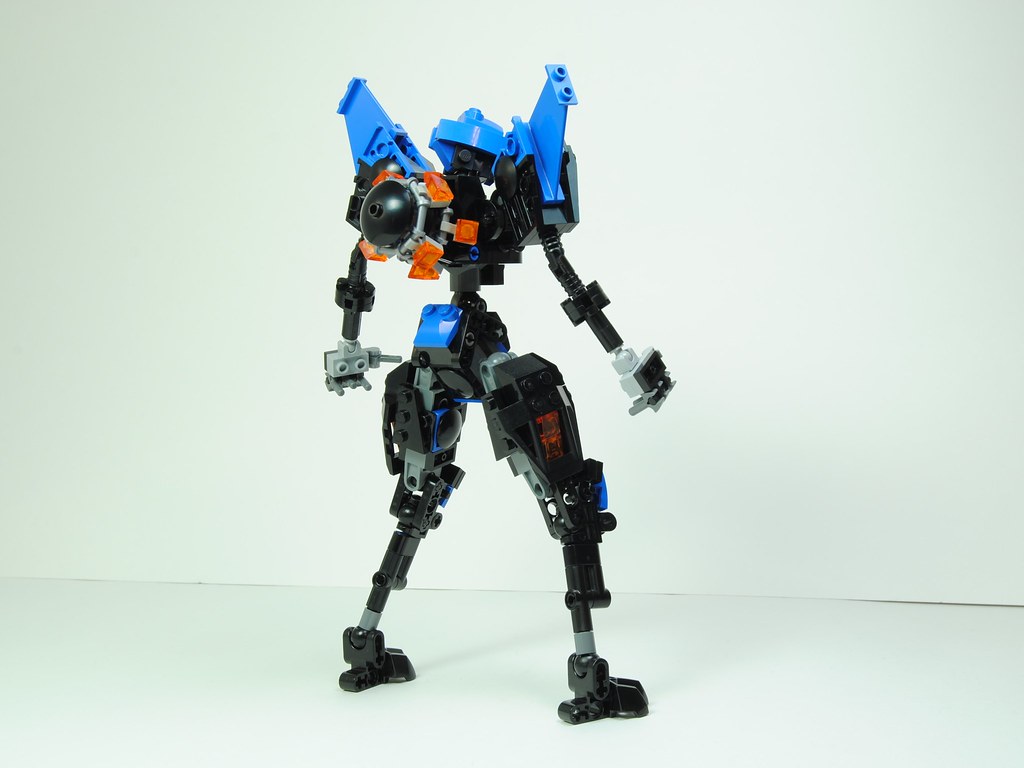 The build on this one is pretty simple. It basically combines Calypte Salvo’s frame with Zelus Maestro’s legs. I had originally planned on doing a very different gimmick with exo-force turbines, but I wasn’t happy with the build direction, so holograms it is! The chains were originally going to be Salvo’s weapons, but I didn’t like the colors.

Articulation is very good, and the frame is so light that it can balance on one foot and hold some more outlandish poses. 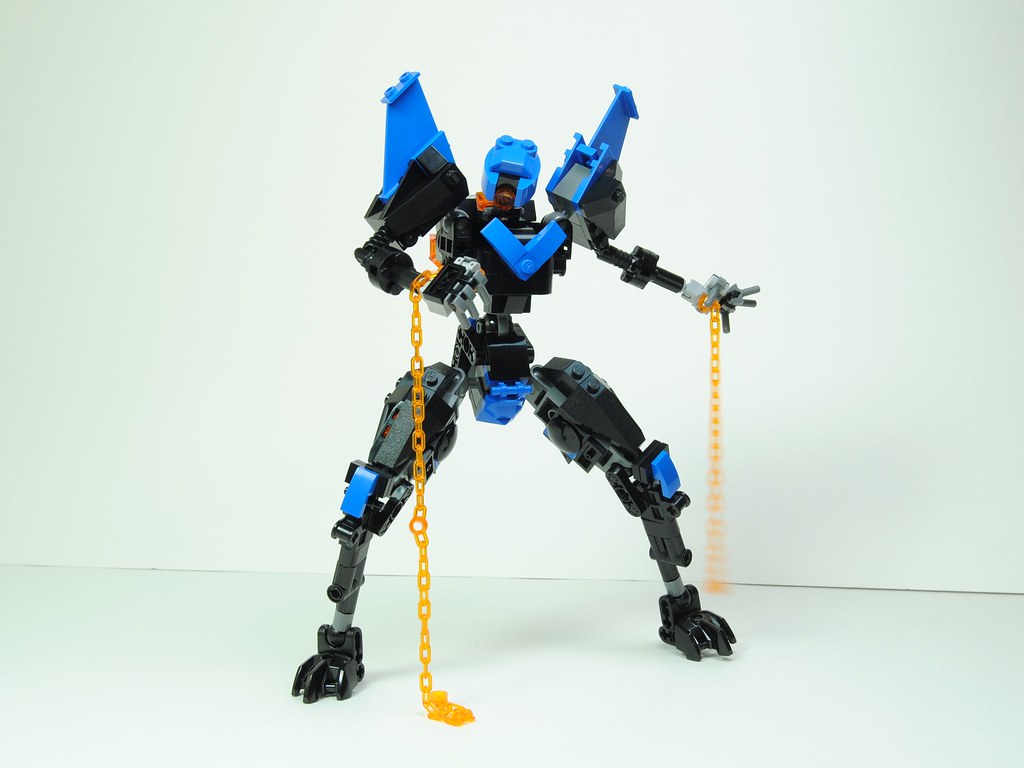 Like the others, Echis Phantasm gets the first part of its name from a genus of vipers.

That’s all for this simple build. Having a lot of fun with the series. I’ll probably make a few more automatons like this one, assuming I don’t run out of pieces.

More pictures here. Thanks! MSEP out!