Makuta Vekaron: the Brotherhood of Makuta

The Brotherhood of Makuta- Dredzek

During this time, Dredzek was trained in the ways of combat by Makuta Verahk.

The Brotherhood of Makuta- Dredzek

As this MOC is supposed to be a part of the Brotherhood Project, which aims at creating all 100 Makuta, it isn’t guaranteed, that there will be a Makuta Verahk.

I’ll do Makuta Verahk, if that’ll fix the issue.

Ok. You should give reference to the name, though, I guess.

And thus I wound up making a MOC for Makuta Verahk.

I put quite a bit of effort into this MOC. Moreso than usual. I wound up using mostly black, since after creating three other Makuta and a Kopeke Master revamp, my allotment of spare parts was dwindling.

Name: Verahk
Mask: Kanohi Kiril (I don’t have a Kiril though, but we can say it was a result of shapeshifting)
Tools: Mutation blade 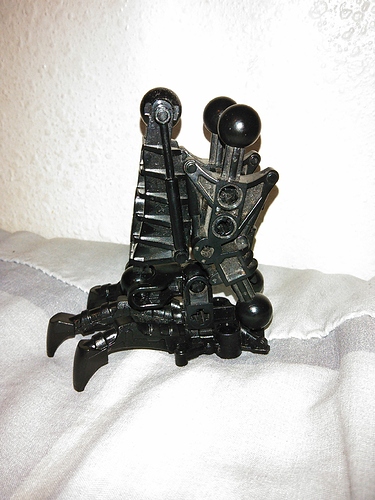 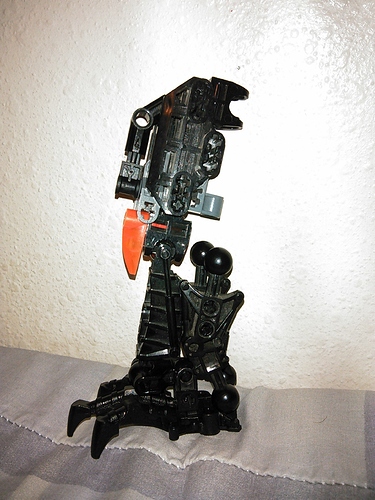 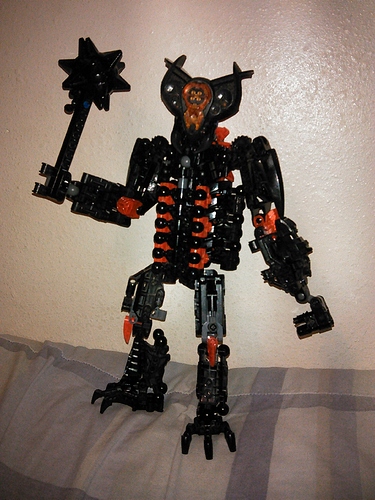 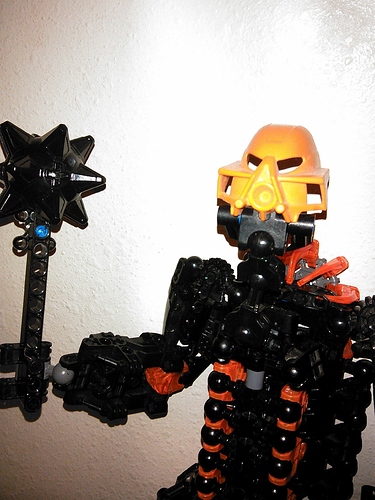 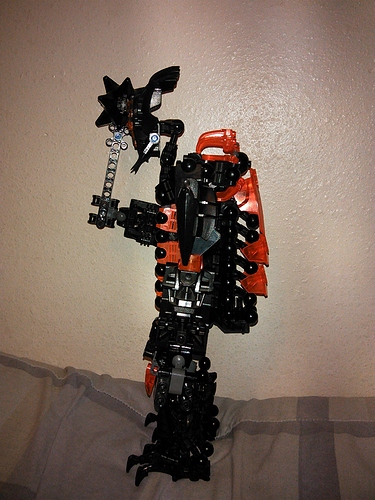 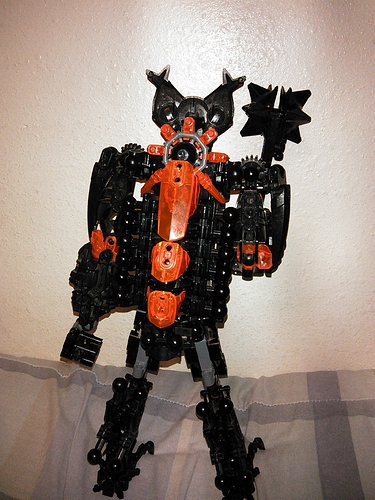 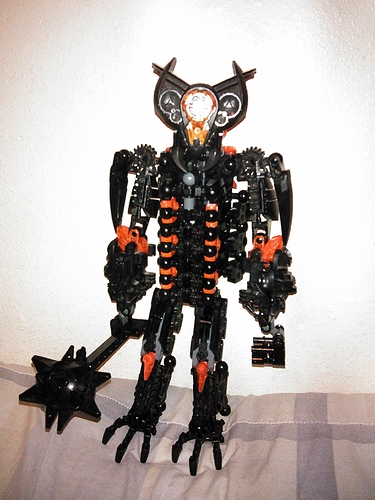 Uploading… (no you aren’t, you stupid picture, , you’ve been stuck at 96% for ten minutes now)

Of course, original character and name are by Toa Hydros, and I’m simply supplying the MOC to assist in the Brotherhood of Makuta Project.

“Makuta!”
Verahk grumbled and almost dropped the virus he had been working with. He turned around angrily, expecting to see an annoying Matoran. Instead, he saw a Toa of Iron. There was madness in the Toa’s eyes. Before he could react, the Toa had siezed his armor. Then the Toa threw a vial at the Makuta before he could “ghost out”. Just before it struck, Verahk could see that it held Energized Protodermis…

Overall no bad MOC and definately your most complex. Compared to the “original” Verahk, a less bulky appereance would have suited him better, I guess, but I said it somewhere: It’s just the name that matters for this project if Dredzek is to be accepted.

As the “original” story of Verahk doesn’t feature his death - maybe you could fill that in here?

Thanks for participating again!

@Windfall
Yes, but not on the TTV message boards and not as part of the Brotherhood project. He gave reference to the name (and mask and weapon) and after all, Makuta are shapeshifters. (hasn’t Verahk like 9 different appereances already?)
By the way, now that there is a Makuta Verahk, Dredzek is accepted.

arms and legs look nice enough, although the feet seem somewhat restricted in their articulation
torso looks a little too CCBS-bony for my liking, but I guess it works
head is … strange (and I don’t really understand the fourth pic), but also not too bad
good colour scheme
I like how you used those metru hips on the shoulders and the rahkshi hips in the upper legs
his weapon is a mace, rather than a blade here, I’m pretty sure

Feet are double-jointed. I just have them folded up so that he looks stronger. Sorta like Chirox’s arms.
Fun fact, the torso only has one CCBS torso piece.
Fourth pic was just me messing around

the “original” story of Verahk doesn’t feature his death - maybe you could fill that in here?

I wasn’t sure if I should, but I guess I can.
I’ll see about doing that later today.
Edit: done.

Ah, yes, now I see the double joints in his feet.

Seriously, I really like that short text (although I’m not fully sure how Antidermis can be killed by water/liquid protodermis). There’s just one problem: (most) Toa wouldn’t kill anyone willingly.

I dunno, but it worked in Inferno.

most) Toa wouldn’t kill anyone willingly.

I dunno, but it worked in Inferno.

Uh … Are you refering to the book? Where was there Antidermis “killed” by watery Protodermis?

Well …
Zaria = accident
Helryx = there were no other Toa to remind her of the codex (+ can’t allow herself in her position to follow the codex)
Lesovikk = did he kill anyone? I don’t think so.
Tuyet = corrupted by the power of the Nui-stone

But perhaps those two Toa were being mind controlled by someone different? Or they weren’t really Toa? Or fallen Toa?

A quick check of Inferno reveals that it was Energized Protodermis that could kill a Makuta, so I rewrote the scene.

@WindfallYes, but not on the TTV message boards and not as part of the Brotherhood project. He gave reference to the name (and mask and weapon) and after all, Makuta are shapeshifters. (hasn’t Verahk like 9 different appereances already?)

You have a point, but that doesn’t justify ignoring the source material. This guy doesn’t look or feel like Verahk. It’s not a great excuse.

Ok, agreed. But after all this probably isn’t supposed to be exactly this Verahk. Maybe Mata Nui screwed something up in the main Universe while creating him?

but that doesn’t justify ignoring the source material.

Well, not necessarily. I’ll admit my knowledge of Verahk is based on a quick CBW skim, but based on the images, Verahk seems to be consistently dark red and black; black and dark orange isn’t that big of a stretch. Verahk usually has wings or some shoulder spikes; this MOC has shoulder spike, They’re just folded down. Verahk’s sword doesn’t always look like a sword (It was Hahli Mahri’s tri-talon once). The biggest thing is the Kiril, but A) the creator states that she doesn’t have a Kiril, and B) a Kiril would be a bit out-of-scale for this MOC.

Spikes and black do not a Verahk make. The torso is just a big block, and the arms are fat potatoes. Putting aside the color and the mask (Two important aspects, mind you), this guy is very blocky, very square, not of the shaped and elegant armor Verahk usually sports. Its fundamentally incorrect.