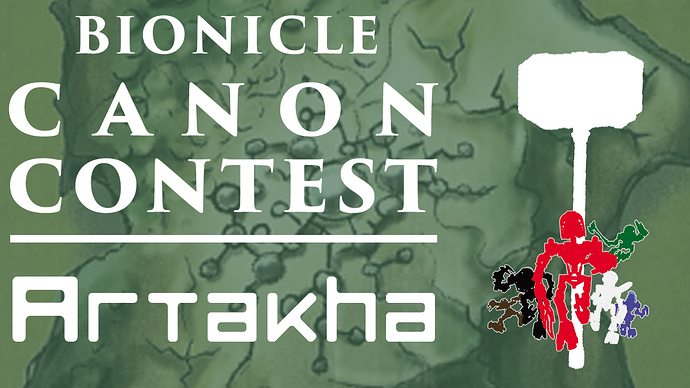 Artakha1280×720 240 KB
It was refreshing to see a contest happen where people debated the positives of the entries and why they’d make good representations of the character. Don’t you agree?

This contest went much better, and is certainly more in-line with what we intended for the first one. We were forced to invoke our new Rule 11 several times, and it’s likely that contributed to the success of the entry and voting periods.

We had around 115ish entries in total, and so many people put in tons of hard work not only in their entries, but in their arguments for why theirs should be Artakha. It was truly enjoyable seeing so many people actually discussing and having a good time talking merits and not arguing and getting bitter.

Voter turnout was at an all-time high, with over 500 people voting in the final poll. It was a number clear over the amount of people that voted for these contests to even happen, and shows a strong interest in their existence. Voter retention was also at an all-time high, with voters sticking around to vote in all of the different rounds of voting. Turnout was so high that we were concerned about further fraudulent voting being an issue. After our standard vetting process, it turns out that this was not the case and fraudulent voting was essentially non-existent.

All in all, while we didn’t have as many entries, interest and community involvement has shot well beyond the first contest. It’s exciting to see and we hope it continues to grow.

Now, on to the part you’ve all been waiting for! Who won? Now, to preface, we are using a different method than last time, explained here. As such, we’re only going to announce the overall winner to make things easy. There were so many wonderful entries, and I speak for everyone involved in the contest that any of the final six would have made for a fantastic Artakha. However… one has now ascended to become the basis for canon.

Without further ado, the winner is…

And thus concludes part 1 of Meet the Maker! Within the next day we will begin the art contest with the necessary rules. And don’t worry, nothing as blind-siding rule-wise like the MOC portion. Either way, keep an eye out for it here and on the channel!

Thank you all for reading, and congratulations to the winner! Talk to you all again shortly.

I said it before, and I’ll say it again. This is pretty much exactly what I imagined/wanted Artakha to look like (Though I’ll admit I was tempted by the three-arm Artakha). I like the overall stature, as well as the colours, and that mask, though not canon, looks really good on it. (I wonder how it’ll look in gold?)

Then, to top it all off, the build is absolutely fantastic, with no customization required. (Aside from the mask, of course.)

This is a very well-deserved win.

Also, will the final results from the poll be released? I’m curious to see how close this was.

This contest has been a blast, thank you TTV for hosting!

Congratulations to all participants, there were some really amazing creations on display here. Fantastic work from everyone.

OMG, I honestly can’t believe it! Thanks so much everyone! This is literally a dream come true! Thank you, thank you, THANK YOU, for the support!!!

I just want to come out and say that everyone made some mind-blowingly spectacular MOCs this time around, and I would’ve been more than happy with any of the finalists winning! I especially want everyone to recognize @WholesomeGadunka’s Entry for it’s absolutely stellar build and features!

Of course, I really really want to thank @Eljay and @Mesonak for doing so much to organize these contests and ensuring that they ran so smoothly! You guys are awesome!

Congrats Connor! (And well played by all.)

A well deserving winner - as I’ve said before, this Artakha looks very close to the character I always imagined when I read about him, so it’s awesome to see it realized as canon. I liked your Helryx quite a bit as well, so to see one of your MoC’s make it through to #1 should feel like a well-earned reward for you. I’ll be proud to picture this MoC as the canon Artakha. Well done!

I think I speak for everyone when I say that this contest was an absolute blast and a huge improvement over last time. I had a wonderful time voting and discussing with people, and the new voting system resulting in a great balance of styles to vote for, while still leaving all six finalists as worthy options.

So a big thanks and congrats to @Eljay and @Mesonak (and @Infrared too, lets not forget) for making this a reality. This was everything I was hoping for when I heard these contests announced and more, and I’m sure that I am not the only one who is super grateful for all the time and effort that must have gone into making this round run as smoothly as it did.

My hype has been restored to it’s original state once again, and I eagerly await both the art portion and the subsequent character contests!
Me right now be like:

Your model of Artakha was one of my favorites from the start of the contest, and I’m excited to see it make it across the finish line!

Congrats to the other finalists and all the other mocists as well - there were so many great MOCs to choose from!

I can’t wait to see what the art portion of the contest brings.

Congrats Connor!! I cant imagine how it must feel to have your moc be the official version of a character from a series you love.

Much congratulations to @Connor_Hoffman for winning this contest.

Your M.O.C look exellent and is definetly worthy of being Artakha’s canon body, I’m exited to see what’s in store for us next and I wish you good luck in all your future endeavours.

Congrats to the winner. An amazing moc

it may not have been my absolute favorite, but overall I’m pretty happy with what we’ve ended up with.

the fact that the mask is gunmetal could be annoying for people who want to use the g2 mask instead of a 3d printed one and are uncomfortable with painting parts, but I think the gunmetal works a lot better with the sand green.

@Connor_Hoffman so, you felt how it feels if a dream come true. why aren’t you fulfilling my greatest wish. I need just a tutorial of the throne and I will have everything to have a lucky live. I don’t enjoy annoying you. I just want to make my dream true

When will we get to see the final poll results?

Congratulation, Connor!
This is very fantastic MOC…Oh, not a MOC. THIS IS CANON!