Roodaka, Viceroy of the Visorak Horde

what a cool character, shame we didnt get more of her.
woulda liked to see her around after the reformation

check out more of my artwork on my Tumblr and Deviantart!
( ͡~ ͜ʖ ͡°) peace

that’s some serious kill la kill armor going on there.

everything sort of falls apart below the knees for me, those shins and feet are unpleasant to look at, they look like insect legs, like they could snap off at any second.

the art’s good though.

as always, your stuff is amazing.

were you inspired by this photo at all? 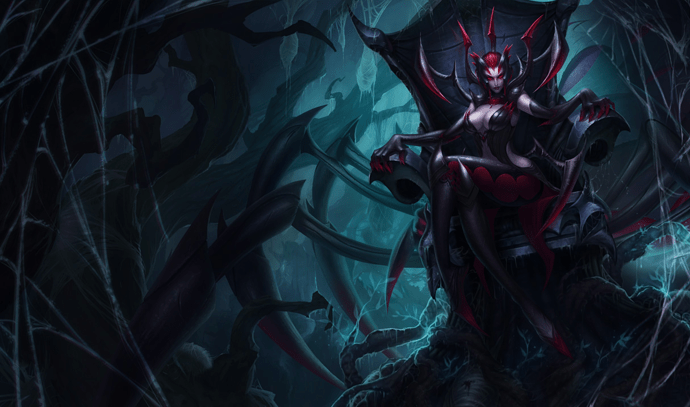 Apart from the awfully skeletal shins,this is great.

Beautiful as always. Very interesting juxtaposition of the insectoid head on the female human body.

Also, it’s black and light blue. Who can go wrong with that?

Stop winning art so much, you make me feel inadequate…

I like it, but the legs are odd to me

Aside from the lower legs, this looks amazing. It has the confident, manipulative roodaka vibe, while adding in your own personal… flare to it.

never seen that before

also, i totally predicted the message boards would be awkward about this <:v

also, i totally predicted the message boards would be awkward about this <:v

I don’t get why people are weird abut this, it actually suits the character…

Seriously though, most people haven’t had a problem with anything but the shins.

Maybe you’re reading something I’m not.

@ People commenting about the lower legs

I can see what you mean, its definitely a more humanoid sort of pose. However, Roodaka is female and its not a particularly sexualised pose as much as a pose reminiscent of someone either in-charge or relaxing. Its a fairly generic pose to be completely honest. what a cool character, shame we didnt get more of her.

A very tasteful and impressive drawing, only aspects that sticks out to me is the blue circular aspects on the thigh which remind me of Black Widow. Its not a bad thing, i actually like the similar sort of style (blue on black)

I’m glad that while the drawing portrays the character as female it didn’t emphasize many of the female characteristics. So yeah, overall a cool drawing and would like to see your interpretation of the other titans - particularly; Brutaka, Sidorak, Maxilos, Karzahni and Hydraxon. A Visorak (Green) done in this style would also be cool to see

about the lower legs, yes, they are thin, and i do know that, but i do like to stylize proportions, yknow, thinner lower legs, and thene exaduarte other things, to keep it fresh.
for example, i have a character who is literally almost a stickman, just because i liked the way it looked, hehe
but yeah, i am still always looking for constructive criticism instead of just a simple “looks good” (doesnt mean i dont appreciate that, of course)

so yaa, keep it comin guys, ilu all!

@ People commenting about the lower legs

about the lower legs, yes, they are thin, and i do know that, but i do like to stylize proportions, yknow, thinner lower legs, and thene exaduarte other things, to keep it fresh.

I knew it was a stylization choice, and opinions and stuff, but I think you shouldn’t have only done it to the legs if that’s what you were going for, if the forearms were also like it I think it would look a lot less unappealing to me, the fact only the lower legs are stylized like that makes them look disconnected from the rest of the design,

for example, i have a character who is literally almost a stickman, just because i liked the way it looked, hehe

I haven’t seen it, but I would assume it wouldn’t look bad if I did, because the aesthetics would be consistent,
like I said, if the arms were also like it, I think it would be less jarring.

I love the talent and detail put into this piece, I really do… but I must say that the style, or rather the way you presented her, puts me off a bit - I’m not a big fan of the ‘make humans and then put armor plating over the top’ design philosophy at work here; it feels too organic. The navel area in particular just looks awkward, like she’s got a bit of a paunch going on if anything.

Still, even if your take on the design isn’t my cup of tea, I must commend you on the rather impressive coloring and production value that went into this piece.

that’s some serious kill la kill armor going on there.