Please watch this and then decide what colour would be more appropriate for you.

Name: Han Genkins
Gender: Male
Species: Human
Weapons/Tools: A small improvised laser pistol
Abilities/Capabilities: Force sensitive, good shooter
Appearance: Han is a tall teenager wearing specific Padawan robes. He has black hair and the beginning of a beard. He also has one of those weird hair tails that Anakin had in the prequels. He is displaying his gun proudly on a black belt.
Personality/Bio: Han is native from Alderaan, being the son of two rich parents. He started showing signs of Force sensitivity at the age of 10. Now he is 16. He just recently started training.
He sometimes can be a little arrogant, but otherwise he is a good person. He likes training, socialising, and having fun. His best friend tho would have to be Bower. More on him in just a minute. 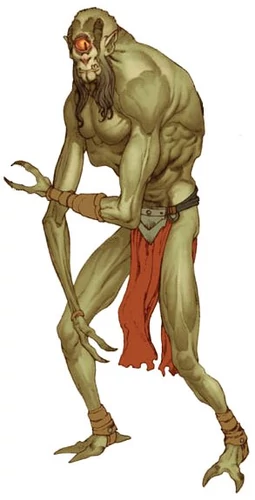 But younger, less bulky and wearing Padawan robes.
Personality/Bio: Bower is the only son of a Abyssin slave. When he started showing signs of Force sensibility, his father knew what he must do. He gained enough money to send him to the Padawan training camps, hoping that one day his son might rose to become the lead figure and the hero of his oppressed species.
Unfortunetely, it is not the case. Or at least not yet. As any other Abyssin, Bower is quick to anger, arrogant, and sometimes even stupid. He barely knows English/whatever language we are speaking, occasionally mixing the words he knows with Abyssin (which for us would sound like primitive scoffs and growls, tho it has an alphabet and a written form).
Bower became quickly friend with Han, the two forming a Han Solo/Chewbacca type of friendship. You would often see Han talking with Bower in Abyssin, so that they could understand each other better.
Also, if I can choose, I would like Han’s lightsaber to be purple and Bower’s to be blue.

Gonna have to say no weapons. Again. Lol.

Announcement: We start the game this weekend yeehaw

Gonna have to say no weapons. Again. Lol.

Then… Why did you put the category there in the first place.

Announcement: We start the game this weekend yeehaw

Grumps.
I might not be able to play. This weekend I will be travelling by car through half of Europe, so I will not have access to the TTV MB. I might be able to join Sunday evening or Monday, tho.

Then… Why did you put the category there in the first place.

Forgot to edit weapons out but tools are fine

Name: Kaiden
Gender: Male
Species: Arkanian Offshoot
Tools: A simple, light weight training bo-staff
Abilities/Capabilities: While he does have basic training in force abilities like telekinesis, Kiaden shines most in lightsaber combat, and prefers a double bladed lightsaber.
Appearance: Simple tight fitting white and light grey robes, with minimal shoulder/upper chest armor. He wares a smaller version of a Jedi temple guard mask, but with no markings on it.
Personality/Bio: Kaiden was found by the order before he ever even turned 1 year old. He never knew his family, and was brought up in the temple. Ever since he was very young, he always was fascinated with the Jedi temple guards, and longed to become one. Since then he has trained in double bladed lightsaber combat, and despite going to Illum at the age of 13, later than most other children, he still hopes to finish his training, and become a true Jedi temple guard. Because he trains to become a guard, he rarely socializes, and tries his hardest to give up any sort of personal identity, which makes interacting with others hard. He has a strong moral compass, and values justice and the Jedi code above all else. Throughout the trip up till now, Kaiden has mostly kept to himself, staying in his quarters to meditate. He also like to keep his learners mask on at all times.

I might be wrong, but the light saber’s colour is not provided by the colour of the kyber crystal, but of the traits of the user.

It’s still judged by the crystal, but which crystal is chosen is likely to match with that person’s role.

Red in particular is the Sith colour predominantly because it’s synthetic. So no, red crystals do not occur naturally

The kyber crystals are colourless.

Here’s the fun part: there were multiple different explanations of lightsaber colors throughout Legends canon, from KOTOR assigning different colors to it’s three “classes” of Jedi to the more ephemeral “the color chooses you” idea. Then Disney rewrote canon, and now everything works differently. Thankfully red tends to be the most explicitly defined, so I feel confident to talk on that. When it comes to Legends canon, Obsidian has it right: the red lightsaber crystals used by Sith were synthetic. I can’t remember exactly why they chose to do that, but they did. However, the new explanation is that a red crystal occurs when a dark-side user “makes the crystal bleed”. I’m not sure what exactly that entails, but it’s nothing good, and surely not something that a light-side padawan would do. Hopefully this helps clear things up.

I’m not sure what exactly that entails,

I can’t remember exactly why they chose to do that

I mean, I always just figured since the Jedi had a monopoly on the crystals since they controlled Illum (albeit that probably isn’t the only planet with the crystals but whatever) it would just make more sense to make them synthetically instead.

That’s honestly something I’ve always disregarded when looking at the differences between Red Kyber crystals and the others because I’ve yet to see consistent and definitive proof of one type making a stronger blade than the others because of how bias is a major thing in SW’s lore and in-universe histories.

I am not OK with players stressing the GMs with such questions and if I am doing so I’m sorry, but when will the rp be launched, now that the release date have been changed?

Hopefully this afternoon. Sorry for the delay getting a girl was the last thing I was expecting last week

lowkey flexing on all us virgins