Here’s a MOC I built at university with a limited number of sets. I’m not sure exactly which sets I had but it included Rey, Lewa 2016, Pohatu 2016, Skull Warrior, Uxar, Ketar, Akida and Gali 2016

Tavryn is a character in the Cyclic Plane Universe. 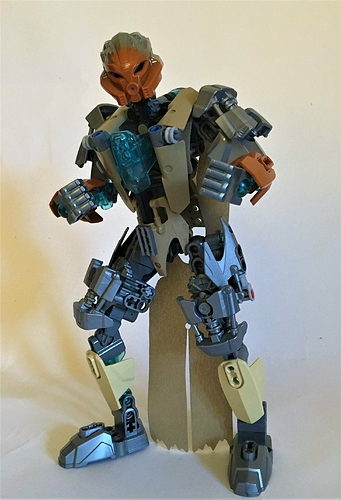 Tavryn was born on Spherus Magna. Her existence owes much to Mata-Nui’s use of the Mask of Life after the Reformation. He altered the Matoran species’ ability to fuse such that they could create new beings out of their fusions; a process known as Kaitagenesis. He also helped the Vorox restore their society. She has ancestors among both groups. 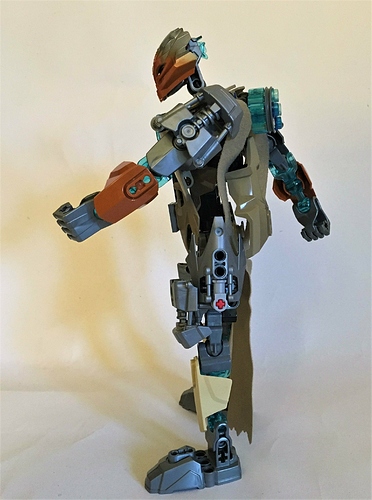 Though many of the Vorox reintegrated back into society, many still remain isolated and some still stick to their animalistic ways or even prey upon other tribes and settlements. It becomes a full time job for warriors like Tavryn to protect people from such raids. She spent much of her time working as a guard for a caravan owned by Bennus. 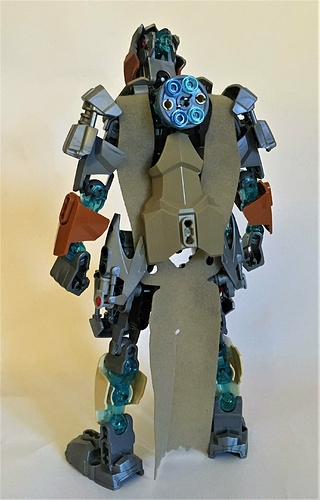 Thanks to her vorox blood, she has a natural resistance to their venom and is able to use the powerful Ancient Mask of Speed passed down to her by her father to speed across the vast semi-deserts in the heartland of the Matoran Empire. She is a skilled unarmed combatant and uses her elemental powers over rock and sand to infuse her punches and kicks with some serious stony power! She must use an Arc Focus Engine to summon the energy for that though. 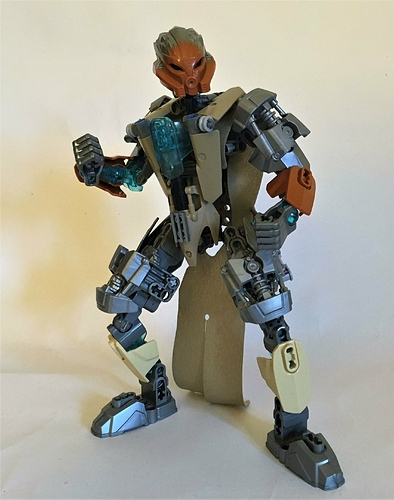 IMG_0039.JPG2236×2835 796 KB
Tavryn ran with another hybrid toa named Keos for a while, but found his methods to be too violent. After the Dark Hunters muscled into her region and Keos joined them, she found herself losing work, as she refused to join them and work as a hired killer, instead moving to New Atero to become an arena combatant. 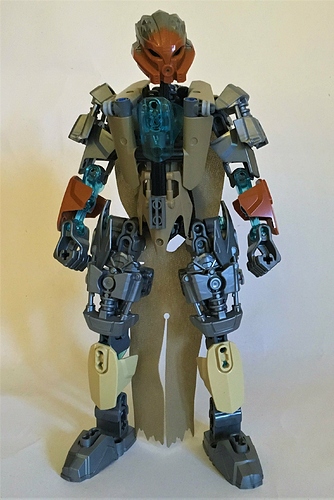 After a few months in the arena, making a name for herself with her speed and unorthodox fighting style, she was approached by Diocletian. He recognised her mask, which had been missing in the hands of her family for hundreds of years, and told her about her heroic ancestor. He revealed that he needed her blood (along with his own, the queen’s and four others) to open a vault deep in the ruins of the old Matoran Universe that could potentially hold the key to restoring the dwindling energy of the elements on Spherus Magna.

Tavryn is the youngest character in the Spherus Magna segment of my storyline (which is admittedly the least well baked of the three). Her birth takes place well after Korrothis’ departure and the War of the Weave, which left the elemental energy the matoran rely on in decline.

The build is inspired by modern game styles like Destiny and Overwatch (though I haven’t played either). She’s got a sleeveless trench-coat kinda thing on as well as some armour and things.

Because of its age, her mask is only half-powered. A lore explanation for the silver!

Nice moc, really like how the torso armour blends into the cape at the back. If I could suggest one thing, lose the skrall armour on the hips, it makes them look a bit too bulky. Great job

I get what you mean and I’ve tried without those parts, but it does leave the joint very exposed if nothing is there. I’d have liked to find some middle ground where the armour doesn’t stick out quite so far, but she’s been disassembled now unfortunately.

totally didn’t read it as “Taylor the swift”
Definitely fits the desert feel of bara magna. Though the burnt orange being only present in 3 pieces is a bit bothersome and the cluster of armor on his thighs look…well…clustered

I don’t really like how the back armor is integrated with the cape, but otherwise, this is niiiice. Have a Ge=reat Topic badge, btw.

I do, but my issue is how thick the torso has to be because of it.

Edit: Oh, I thought you said shoulder armor. Yeah, that does look a little odd; I’d put the cape over it an not under it.