Maybe because its a CANON contest and not a Moc contest people seem to forget this 9 out of 10 times.

Why must the two be mutually exclusive?

I’m saying stop trying to restrict the contest so that you MUST use a metru torso. Let people build what they want. But because people like you are so sensitive about any sort of customization, I’m saying compromise by restricting the proportions to that of a metru build ie the upper and lower legs and arms and body. Those proportions alone will force people to filter what they can and can’t use. Of course you can use a metru torso if you want, but LET PEOPLE BUILD WHAT THEY WANT if they truly believe what they built is hagah worthy

I guess this sums up my counterargument best.

These aren’t contests for the best moc–though if that’s what you want to have, by all means, host one yourself; it would be fun to see what moc really is the best. But in the end, these are meant to be additions to canon, to fit smoothly inside the world we care about. If the contest winner doesn’t achieve this, then the canon contest will have failed.

you are so sensitive about any sort of customization 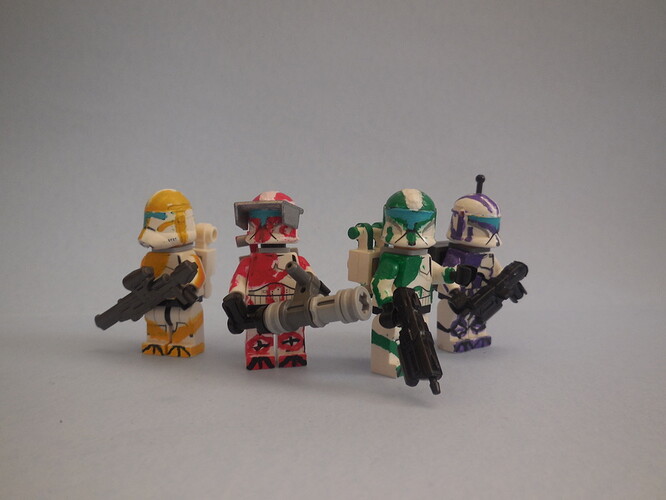 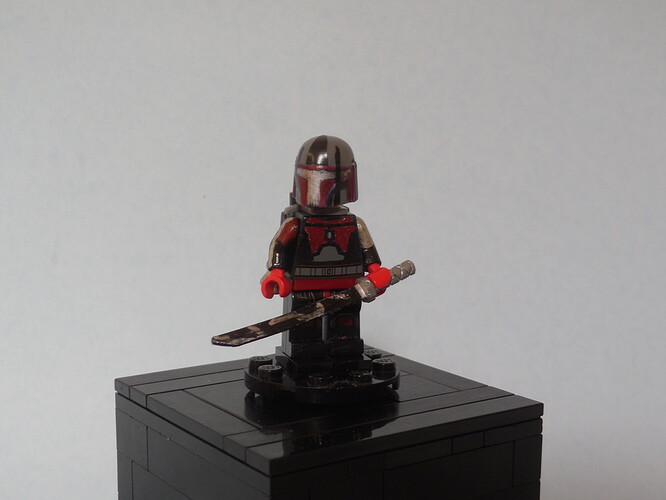 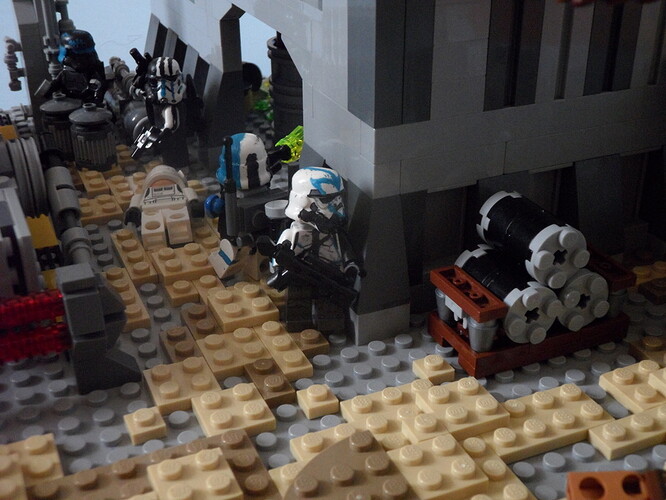 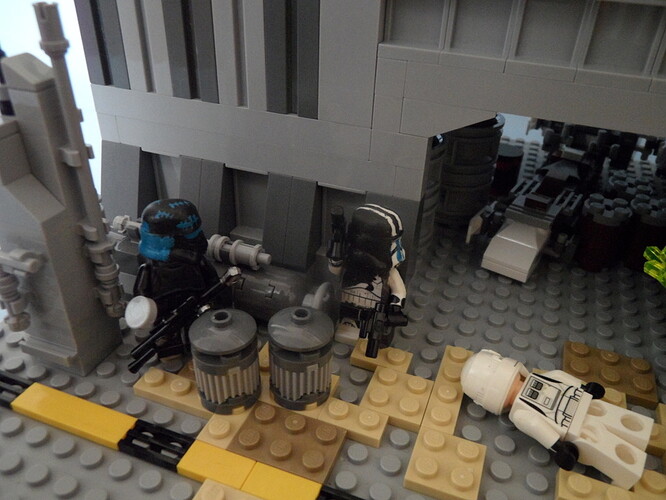 What do those pictures have anything to do with customization of a Bionicle moc?

What do those pictures have anything to do with customization of a Bionicle moc?

Nothing. Just showing you that I have nothing against customization, as you were so quick to assume.

My point there is that while I am all for customization, I understand that these contests are not creative content contests. They’re canon contests. And as such, they need to be canon compliant, at least on a logical level.

Let me ask you this: why is a metru build called that? What is the thing that has been 100% consistent throughout all the Toa Hagah and Toa Metru?

So at this point, is your argument that we shouldn’t require metru torsos because they restrict creativity, or because they can be built around?

Because there is a Canon maybe a set of rules and guidelines that should whenever possible be followed. Unlike a moc contest where the point is go nuts.

Why are we even having this debate, just vote for what you want. Or actually, forget canon and visualize the characters how you want. It’s moronic debates like this, where the fanbase is literally arguing over how to build a MOC of a character from a DEAD CANON that never got an appearance, that makes me distaste the canon contests from the word go. All of you are gatekeepers and pedants, so high off your own farts that you can’t even agree to just let people build for the contest; it has to fit within certain guidelines to even be considered for the canon contests. This fanbase really frustrates me sometimes. Let people build whatever, and if it displeases your sensibilities for what you believe should be canon, then DON’T VOTE FOR IT. Is it really that harmful that someone else gets to have their interpretation of a character be taken seriously?

You’re not being overtly hostile (though it’s bordering), so I’m not going to delete this, especially because this perspective is just as much worth addressing as anybody else’s in terms of the broad scope of these characters. However, please refrain from the name calling. It doesn’t do anyone any good, and if it happens again I’ll have to delete it. I asked people in the first post to be kind to each other; we’re all part of the same community.

At face value, I generally agree with your broad opinion. I value creativity a lot and the creative expression factor is the main reason I wanted to do these in the first place, personally. Seeing all the wonderful things people can build and draw gives me faith in this fandom and reinforces why I love it.

You have to remember this is the BIONICLE fandom. We had to remember that this is the BIONICLE fandom. If I was going to get turned away from the fandom because of their love for details, canon, story, etc, I probably would have left 10 years ago. I’m pretty sure Greg would have left as well. Instead, Greg stuck around, because he acknowledged that people love digging deep into the BIONICLE story, people love having clearly defined rules and information, and people want these canon contests to not contradict things that are established facts.

We’re “having this debate” because it is worth having. “Let people build whatever,” as much as I would love for it to be that simple, just won’t work because these aren’t MoC contests or artwork contests. They’re canon contests. Building contests designed around a story framework. They’re kinda unique like that! As such, they have to be treated with care, lest you risk screwing with things. Greg has said what the Hagah, canonically, look like. They’re Metru Builds. Personally? I wish he hadn’t said that. The Hagah don’t HAVE to be all Metru builds. I think it’s limiting that they are. That being said, that’s the case. It’s a fact. Ergo, our contests have to work around that fact, because they still could have cool, personalized, designs in spite of that.

I do agree with you that creative freedom is worth preserving, which is why no matter what ends up winning the inevitable Hagah contests, I don’t seek to devalue or diminish anybody’s headcanons or their own personal interpretations. However, I think it’s important to remember that headcanons, by that same token, don’t contradict or invalidate official story. If we all wanted a theme with endless creative freedom and no official story, no official appearances, no official facts… we’d all be LEGO City fans. Instead, we’re BIONICLE fans, and we have to remember that, even when the endless minutiae and debating gets tiresome (which it definitely does, believe me).

Because in this specific case these contests are creating characters that have a visual style that has been mostly established by the other members of their team. The question now becomes “how closely must they resemble one another” and not “Why do they even have to resemble one another at all?”

There is precedent in the universe that they should look if not on a base level identical, than similar enough to be variations on a theme. You call it gatekeeping, we call it conforming to canon. Unfortunately, these contests by their very nature must conform as closely to established canon as possible or else we risk introducing yet more inconsistency to the world and failing at the goal of these contests.

Meso answered this better than I could but I’ll leave my thoughts anyways.

Now, as for the current conversation, I recognize that everyone has disparate opinions on what should and should not be mandated in these contests, but I’m going to nip this in the bud right here and right now. We will not be allowing full Customized, no-holds-barred, do-whatever-you-want entries. This is very clearly stated in the very first post. If you missed it, go back and read it before continuing.

“You Bionicle fans sure are a contentious people!”
“You’ve just made an enemy for life!”

Let me just ask this

Why is this a Mettur build 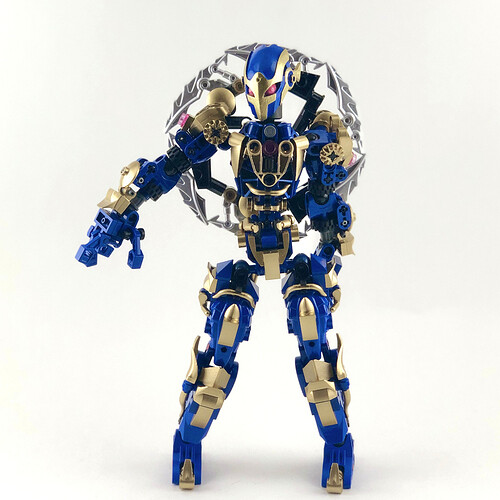 But this is not? 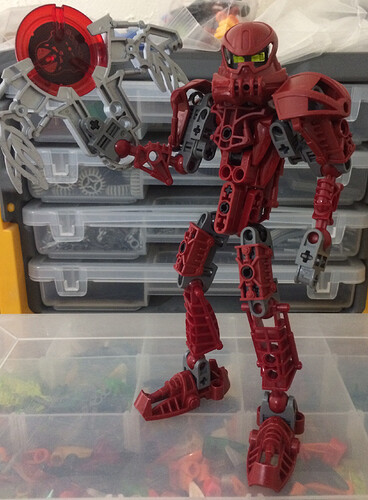 None of them are metru builds in my opinion

Then why restrict it to just metru builds in the first place. I can photoshop together a million Norik and Kualus repaints in an hour if all it takes is a new color scheme, maybe a custom chest armor, and a new mask

Further more using one or two pieces from the original build can’t classify as adhering to said build. If you want to make a metru build you need to put an efgort into recreating that build. The first example stretches out and removes key elements from the build and the second example completely disregards the build for a custom torso.

personally i feel the 2 toa hagah we already have sets a precedent. If that didn’t exist id say go all out.

If it helps, I’d say both are fine, but I’m not too hung up on the debate in the first place

because maybe people can get creative within what is still recognizably a metru build.

Far as I know, the thigh guards were used on every “Metru build” set just because they were the only pieces available.

I see even less reason to restrict the forearms: the Toa Metru and the Toa Hagah used different pieces, so why couldn’t we? Why single out the forearms for standardization, but not the shins?

Here’s the overarching consideration: did Lego use those certain pieces because they considered them to be part of the “standard build”, or because other options didn’t exist?

For the first two paragraphs: Does it matter? The reason I single out forearms is because both Hagah had the same ones, whereas they had different shins. I actually forgot Norik’s shoulder plates, so I’ll concede that.

And the existing canon shows that other groups have mismatched patterns, regardless of where that canon came from.

Sure, but the mismatch isn’t really the norm; it’s more of an exception. The Inika and Metru both had identical builds, and while the Mahri and Mata also had different leg configurations (the Mahri also featuring slightly different body builds), they adhered to the same general design pattern and used the same combinations of parts.

Even if the result is a gimped build that looks just like every other one? No thanks

But where is the fun in that, try to challenge yourself instead it isn’t that hard. Creative moccers should have no problem working within restrictions.