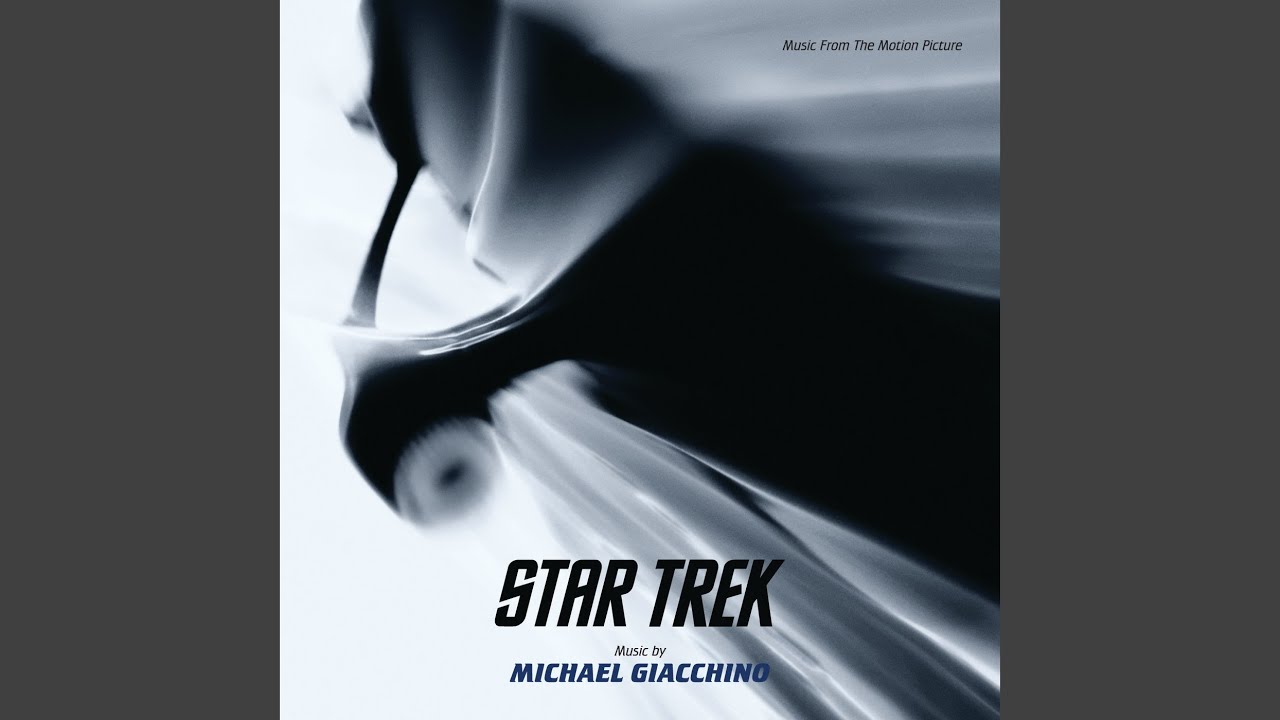 In the great city of Iacon, in a small park only a few miles away from the Primal Basilica, one can find a fair-sized, bronze replica of a Great War-era battleship, hovering above a circular platform ringed with hologram projectors. Said projectors cycle through profiles of the hundreds of cybertronians who had crewed the vessel commemorated by the monument: Autobots, Decepticons, nonaligned- all of them heroes. Nearby is a plaque, which reads like so:

“This monument was erected in in the ninety-second cycle of the seventh vorn of the new calendar in memory of the crew of the Cybertronian Fleetcarrier Salvation, who put aside the rivalries of the Great War to deliver our kind from an end of our own making.”

More than twenty million years before, after five hundred years of war unlike any previously seen in the galaxy, the warring factions of the Great War called a cease-fire after it was discovered that the Allspark, the life-force of Primus, the Creator, had been gravely wounded. Were it not healed soon, the god would die, and all his children would be soon to follow. After the discovery of a map leading to a legendary artifact which could restore the Allspark to health was discovered, the Autobots and Decepticons poured their resources into building a fast, advanced vessel which would carry a crew in pursuit of the Omega Lock.

Their mission was simple, yet simultaneously one of the most important ever undertaken. Failure would have meant extinction. They could not fail…

The evening sun hangs low over the Burthov spaceport, as an enormous crowd is assembled before the port side of a gargantuan vessel with a sandy hull marked with traces of crimson. More than twenty miles long, and large enough to carry a small fleet of more traditional warships, the starboard side of the Salvation catches the majority of the sun’s fleeting rays, leaving the onlookers bathed mostly in shadow, save for many pale lights that shine from the ship and the cradle she lay docked within. The majority of those assembled were the ones chosen to crew Salvation and embark on the voyage for the Omega Lock, and thus decide the fate of their entire species. Tomorrow morning, they would board the retrofitted Fleetcarrier and set off; this evening, they were gathered to hear words of praise and well-wishes from Ultra Magnus, the Autobot leader, who stood upon a rectangular podium with his counterpart, Megatron, and other top individuals of both factions. A dull roar of murmuring perpetrated by the hundreds-strong crowd fills the air, as they wait for Magnus to speak…

“Hello! Please! Excuse me!” yelled Song as she made her way through the crowd. “Have anybody seen a Techno-Organic? About this tall? With dark red armour? That turns into a dragon? Excuse me, out of my way.” the young fembot asked as she looked around for her brother.
OOC: First! For the first time! Yay! Happiness!

Broadwing stood in the croud, rapidly clicking his claws nervously. Afraid of drawing too much negative attention just through his horrific appearance.

A ways away, Torchwing eagerly awaited the words of his leader. Greatly excited to do his part.

As she was making her way through the crowd, Song accidentally hit Broadwing with two of her elbows.
“Excuse me! Sorry! Out of my way!” she said.

“Oh. Sorry miss. My apologies.”
Broadwing spat frantically as he moved out of the way. It was clear he didn’t feal comfortable where he was.

The Titan Squadron passed through and found a good spot to hear Ultra Magnus speech.

“Wouldn’t thought this would come.” Sidewire spoke. “I mean we killed Autobots and other many dirty deeds and now we are making a truce, c’mon the decepticons can do it on their own.”
“Shut up.” Magnobolt demanded. “I especially want you to follow every direct order I give you, we don’t want infighting on that ship, do you understand?”
Siderwire sighed. “Yes…”
“Yes, what?” Magnobolt asked.
“Yes, sir.” Sidewire greeted.
“Ah don’t worry kid, we’ll have lots of fun without blasting Autobots into pieces.” Techwarp gave Sidewire a tap on the back.
“Excuse me, Techwarp. But aren’t you the one which enjoyed and wanted to blast Autobots into space?” Sidestrike asked.
Paradox had his arms crossed and chuckled slowly and shaked his head.
“…well I’ve changed…” Techwarp pointed out.
“I’d like to see how much you’ve changed.” Paradox said.
“Same here brother.” Sidestrike said placing his arm on Paradox’s left shoulder.

She simply nodded absent as she moved her head from left to right, looking for somebody.

A Decepticon trooper nudges a nearby Autobot with his elbow.

“Hey, how come your guy gets to make the speech?” he asks, his tone almost accusatory. “This whole thing’s a show of unity, ain’t it? Shouldn’t they both get to say a few words?”

The Autobot shrugs. “Pal,” he replies, “ask yourself: would you really trust Megatron to give a speech about putting aside rivalries and prejudices and working together for the good of all cybertronian kind?”

“…Good point,” the Decepticon concedes. “I suppose you Autobots can have those every once in a decacycle,” he jokes.

Ultra Magnus sat on the right of the podium, with notable figures such as Ironhide, Silverbolt, and Springer. To the left sat Megatron, Soundwave, Starscream, and others. The two captains of the Salvation, Topside and ■■■■■■■■■■■■, sat in the middle, and both looked a little uncomfortable. ■■■■■■■■■■■■ shifts in his seat, while Topside just stares at the floor.

“Relax, relax. You signed up for this. You want to save the world you’re going to have to get used to being around people. Sure you’re a horrible freak of science, but that doesn’t mean you can’t make a few friends right? Oh primus this is going to be a nightmare.”
Broadwing muttered to himself.

Song stopped and moved her head slowly to Broadwing, eyeing him widely. She heard him, and thought that she was talking to her.
“Excuse me?”

Driftburn watches from in the midst of the crowd. He was a bit disappointed that it wasn’t Megatron making the speech. He had considered letting Scrapshot be here in his place, but ultimately forgot to go into that form before the speech.

“WHAT DO YOU MEAN EXCUSE ME!?” Roadkill yelled “I KILLED MANY AUTOBOTS SO YOU BETTER WATCH OUT HONEY!!!”
“Calm down” Aridocara sighed
“Alright that’s it!” Ace said, he transformed and drove over to the scene, but he was stopped by Road Lord on the way
“You have so much to learn!” Road Lord chuckled, Ace transformered back and growled

Wildson quickly over her head to Roadkill, confused. She wasn’t talking to him, she didn’t even look at him, yet he yelled at her.
“Excuse me sir, are you all right?”

“Sorry! Nothing. I was just talking to myself.”
Broadwing said hastily.

“No, he’s a little wrong in the head” Aridocara sighed
“I’M FINE BOY!” Roadkill growled
“You crashed in the air, then you went up in flames, it could’ve been the end of you and then I breathed MY breath on you!” Aridocara growled

“The speech should start any cycle now.” Paradox told Sidestrike.
“It’s little unnerving…or unsettling so much so I can’t find the words to describe it.” Magnobolt said to his team.
“It’s weird, I think that’s the word you are trying to say.” Sidewire corrected his team leader.
“Well hell, it would sure be hard for me to walk alongside the Autobots without…you know…scrap them” Techwarp pointed out.
“I trust that you’d be controlling your hatred and feelings towards the Autobots on that ship, Techwarp.” Magnobolt ordered.
“For once I’m kinda excited.” Siderstricke cheered. “Can you imagine the level of technology the ship will have? Oh lord primus.” he said touching his face.
“Uh science stuff, it’s stupid.” Paradox added.
“It doesn’t mean if you can’t understand it such things that for others like myself would find it fascinating.” Sidestrike told Paradox.
“Hey don’t you guys feel a bit disappointed that Megatron’s will not give the speech?” Sidewire asked the group.
“Trust me, he’s our leader and all but he never was the type of inspiring peace, if you ask me.” Magnobolt told Sidewire.

“OK…” she said, still a little suspicious. “Have you seen my brother?” she said, before giving him a pretty detailed look at Broadwing. If he had a good photographic memory, Broadwing would recall a Techno-Organic that was fitting the description passing him a few minutes ago.

“No, he’s a little wrong in the head” Aridocara sighed
“I’M FINE BOY!” Roadkill growled
“You crashed in the air, then you went up in flames, it could’ve been the end of you and then I breathed MY breath on you!” Aridocara growled

Song walked a few steps away of the weird group.

Flareshot stands on a balcony overlooking the crowd. He scans the crowd, looking for any troublemakers, spotting the ever-angry Roadkill making a scene.

sips from Engex flask
“Idiots. If they start a riot they could botch the whole operation…”

Flareshot considers stepping in. . . but decides doing so would make things worse. He keeps wacth over the situation.

“I think I saw him a little bit ago. That way I think.”
He said, pointing in the general direction he rememberd the crimson autobot.