Not sure if I should join, mainly because I am in a RPG, but I do have around 3 ideas for characters, do you think should join @Cordax?

Maybe just keep it to the most creative one, because having a bunch of characters in multiple RPGs will make it so you kinda forget who’s who.

Hey @Cordax I’m done with the moc, but I was wondering could I make a topic for the moc and use that as my sign-up? I just don’t want to have to do it twice.

Hey @Cordax, can I still add in a character or no?

Name:
Harry Harris “HH” (sometimes villains refer to him as “The trash that listens”)

Apparence:
HH was created to investigate in the city’s allyways by blending in with the surroundings with his special camouflage: his armour looks like trash (trash bags, boxes, and other trash). This armour helps him listen to the conversations of criminals and such that are planning in the shadows whilst remaining hidden between trash. He is also pretty short and slim to help him hide better. 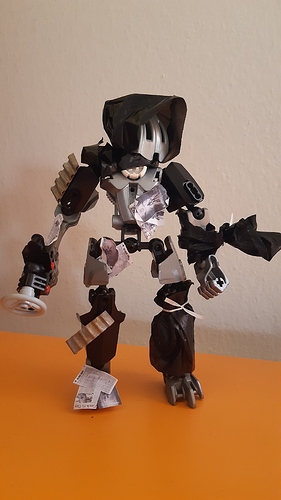 Weapons:
He isn’t very well equipped for a fight but he has an area paralizer that after being fired effects the area in front of him with a light paralization effect that gives him time to capture the suspects with his hero cuffs of which he has two pairs.

Personality:
He is cowardly and unfortunately this sometimes causes him to not act when he should, thankfully he can overcome fear if the situation becomes critical enough.

@Cordax I added a MOC of Harry in the appearance section 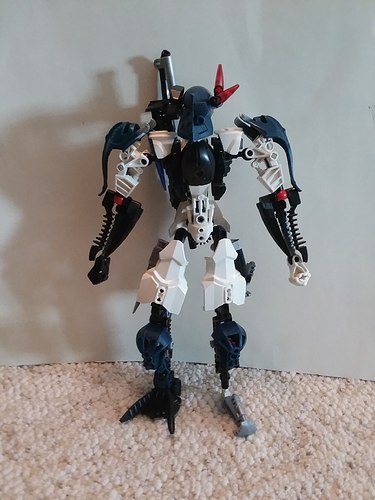 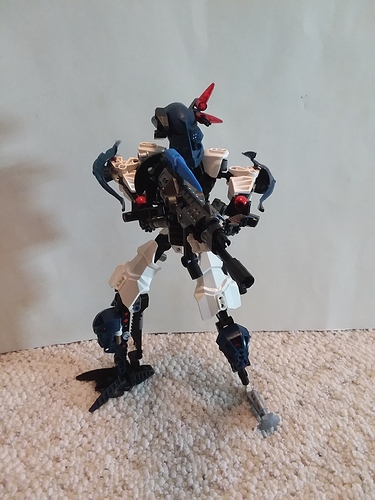 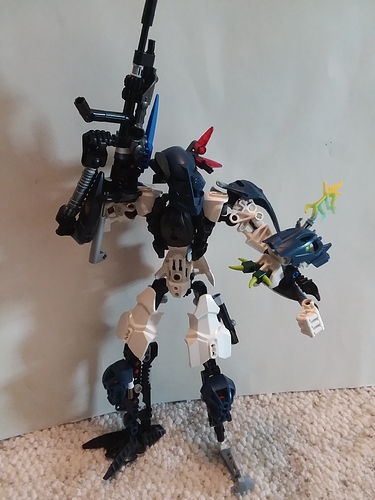 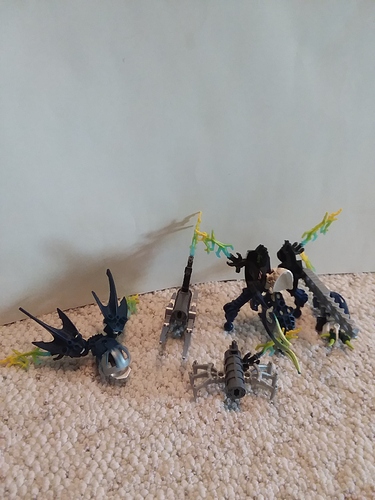 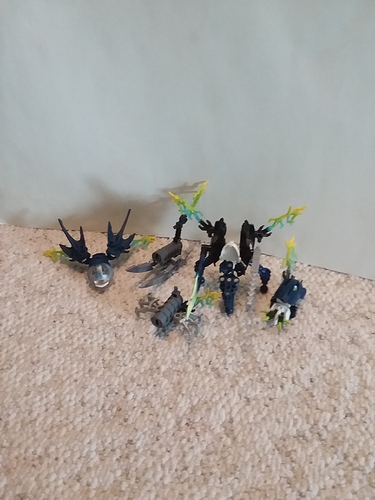 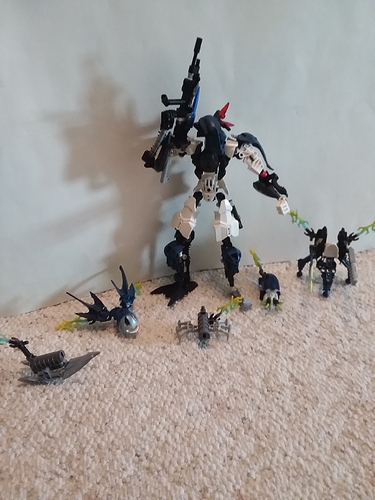 20201121_1502051932×2576 1.43 MB
Personality: Silence Is quiet but incredibly imposing, and even though he is a more recent product of the villain factory, he is already one of the most feared villains in the factory. Known for capturing, torturing and taking apart heros he is an incredibly deadly foe. He gets his name by the fact that you never hear him coming, and is nicknamed “Tinkerer” by his fellow villains because h when he’s not capturing or killing heros, he is tinkering with his various projects (and yes, the villains consider tourchering to be “tinkering”). He discovered an incredible but volatile power source known as “Silence Juice” that he uses to create constructs to help him in his exploits. He has three main models of construct: sliders, crawlers, and flyers. He is also testing how to make villains in the factory that utilize Silence Juice. He has a targeting computer built into his helmet (head?)(the red bohrok eyes) and an antenna to communicate and control his constructs, though they do have on board AI to control themselves as well.
Goals: to create an army of constructs and control the minds of all living beings.
Cordax November 21, 2020, 10:07pm #49

Might as well link my entry, here he is.

Wait, is he a hero or a villain?

I’m pretty sure The trash that listens is supposed to be a hero. I mean he does use hero cuffs…

I’m going to start once we get one more hero and one more villain.

Can I have dips on that hero?

Btw, I just realized the topic says “Sigup” instead of “Signup”. I just thought that was kind of funny

The RPG topic is out!

I also want yall to use dialogue. What is happening right now is ok because it is saying where everyone is, but after this than dialogue is good. @N01InParticular @Atobe_Brick @T4k4nuv4