Tales of Glory and Valour: the Seafarers Fantasy RP sign-up

I’m back BB, and it’s time for the Mega Cringe reboot. This RP will follow my TOGAV world and lore (See my previous RP’s) but with a new twist. We’ll be playing as the “Bad guys” for your consideration, the Seafarers.

The Summer Armada Lies in Ruins. Too many politicians with too many conflicting agendas have turned the Empire to a stagnant ruin. Without the meditating hand of the King. The Armada is doomed to fall into a collection of warring Island states.

Several prominent factions include the Hearthtemple, the order of Priests worshiping the god of fire. The supreme god of the Summer Armada.

The Fleets, 5 factions that sprang up from the broken Armada’s naval battle groups. They are Seadrakes, the Western Fleet, The Firehearts, the northern fleet, the Order of the Just, the eastern fleet, the Homeguard, the Central fleet, and Finally the secretive and little seen Southguard, the southern fleet that operates primarily outside of Armada controlled waters. Charged with their duty of keeping the horrors of the south a secret from the Armada as a whole by the last King.

Smaller factions exist as well, including those venerating the Minor gods, Such as the Sea God. Or those who ply the waters in trade. It is a dangerous time to sail the seas. And if things don’t soon improve, the People of the Southern Isles very way of life will be at risk.

One man Understands this and will do anything to stop it. He wishes to return the King to his throne, and usher in a New Renaissance for the Armada. Especially now that the Legion has risen again to the North. This task will not be an easy undertaking, but it will be necessary. Even with his incredible influence and power it will not be an easy endeavor, and he’ll need an excellent crew.

You are Privateers working for the different Dukes and Duchesses of the Southern Isles. Each of you received a letter, asking you to come listen to a job offer that’d pay in more than simple wealth.

Job on a ship:

One question though – is magic a commonplace thing in this world?

Very common place, for the Southern Isles Fire magic is most common. But Ice, Life and Death isn’t too uncommon. Shadow is extremely rare. Gifted only to acolytes of the Shadow cult.

Also @Atobe_Brick incase it wasn’t clear, this is a Fantasy RP 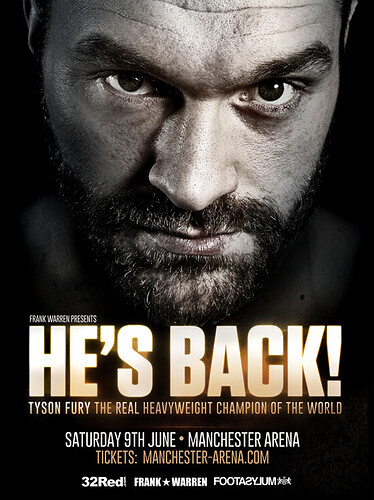 Welcome home, king. Hasn’t been the same with you gone.

Couple questions before I dive in to try and solve my rp writing withdrawl. Firstly, the general setting is rather vague and I’m not sure which of my wacky character ideas would be the best fit here. It sounds like military navy setting but fantasy, but there’s a lot of forms that could take. Should I be expecting military rigidity or swashbuckling misadventures?

Second question is what the level of technological advancements have been made in this setting, as that will tell me what I’m capable of realistically getting away with. Obviously I don’t mean gadgets and gizmos, but steam engines or pocket watches, or whatever else may happen to exist (and be common knowledge).

Heyo, thanks, I felt a strong nostalgia trip, and wanted to take my writing back to it’s roots

Should I be expecting military rigidity or swashbuckling misadventures?

So it’ll be based on real life Privateers. Civilian Vessels given Letters of Mark to conduct operations beneficial to the nation, while not being a true Military vessel. You and the other players will have most of the say in what kinda mood you want the crew to have. Although story wise it may be a bit more of a serious tone.

Not a whole lot, do to magic being rather common there hasn’t been a need to invent a lot of more advanced technology. Something like a Pocket Watch that’s more magical than machine would be a fine fit for the setting however.

Not a whole lot, do to magic being rather common there hasn’t been a need to invent a lot of more advanced technology. Something like a Pocket Watch that’s more magical than machine would be a fine fit for the setting however.

ok but what about flintlocks? There is a right and wrong answer

Gunpowder Weapons aren’t around sorry. Just not the vibe I’m going for with my world

Personality: Dolphus finds a comfortable little nest in between closed off to the rest of the world and aristocratically snobbish, fulfilling his responsibility with a solemn air but finding disdain in the more menial chores the rest of the crew is intended to fulfill, such as manual labor. In spite of his uncaring demeanor, Dolphus is desperately lonely, often unconsciously trying to seek out a maternal figure to fill the void. Due to his circumstances he despises magic most of all, and goes out of his way to avoid it in its entirety.

Weapons: Due to his upbringing, Dolphus is exceptional at swordplay, and thus carries a delicate rapier with an ornate handle made specifically for him, as well as a decorative sheath on his belt. Despite his youth, he is expertly trained, and can easily outmatch the average sword wielder. He also wields a weighted cane, mostly to perfect his own personal image of looking fancy and partially for being able to club somebody over the head if he felt like it.
As for physical strength, there is his alteration… It possesses enough muscular striking power to shatter bone, although he is so ashamed of its existence that only a truly desperate situation would force him to utilize it.

Armour: Dolphus uses barely any armour at all, focusing instead on treated fabrics that resist open flame. He wears a dress shirt with a navy blue vest overtop, pointed leather shoes and navy blue trousers. He also has a military-style cape thrown over his left shoulder to obscure his arm, which is by far the most resistant piece of cloth on his body, being able to withstand cuts and strikes from bladed instruments far better than other cloth would. He also has a cloak, but only wears that if the weather is particularly uncomfortable.

Job on a ship: Dolphus is unnaturally skilled at cartography, and can both create maps and utilize them as well as any skilled cartographer could. Often times he will draw out a map of how the closest land must certainly appear at its coast and cross-check his work with existing maps. He carries a sextant on the chance that he might actually need it.

Backstory: Dolphus Gorov was a member of the Gorov family, so notoriously greedy and sinister that the rumors of what they had done greatly outweighed what they actually did. His father, Gregor Gorov, having lost his wife to disease early into Dolphus’ childhood, was a cruel and malicious financier, offering loans to the less fortunate and then ripping it out from under their feet, letting them fall to the merciless banks. For the more well-to-do, Gregor personally twisted their arms by arranging hits and levying financial threats against them until they were driven into poverty, where the game could stat again. By all accounts, the ‘accident’ that took both Gregor’s life and Dolphus’ left arm was adored by both the general public and the normally uninvolved state, as the Gorov influence spread across almost the entire Summer Armada.
However, for someone, this was simply not enough. With a combination of magical prowess and medical mastery, Dolphus was swept from the blaze of tragedy and into some forbidden depth wherein what remained of his left arm was partially amputated and impossibly replaced with the left wing of a marabou stork. As for Dolphus himself, he ha slipped into a coma shortly after the tragedy, and awoke discarded back onto the streets with this bizarre new addition to his form.
For a while, finding work was immensely difficult. Despite his skill as a cartographer, the mere mention of Gorov sent him flying out of any employment opportunities. Only by going just as Dolphus was he able to obtain any kind of reasonable wages, and most commonly among those who gave no thought to his clearly dignified stature and dress, forcing him to constantly do the unthinkable - Manual Labor. Vengeful and hurt by this indignant treatment, Dolphus leapt at the opportunity the letter provided to start again, and he heads now to meet with this mysterious employer and debate wages.

Extra Details:
Dolphus is currently fourteen, with the accident happening just over a year ago.
Other players are more than welcome to form a backstory off of the sinister reputation of the Gorovs or how Gregor managed to slight them. They may even be aware of Dolphus, if they were financially involved.
The wing requires little cleaning to maintain the integrity of the feathers, but if any are to fall out Dolphus is capable of growing more to replace them. It’s not a very comfortable feeling, however.
The average total wingspan of an adult Marabou Stork is 12 feet (3.t meters). Dolphus’ wing is exactly 4 feet from shoulder bone to wingtip, and Dolphus himself is 5’1".
Dolphus is terrified of cats, and smelling like a bird does not help him at all.

is this not just your loop character?

I just looked it up and you’re right smh

Name: Mariner
Personality: Quiet and Thoughtful, but surprisingly warm when spoken to.

Weapons: ancient longsword in a style which matches his armour.

Armour: a very peculiar design that always looks like it shouldn’t quite work due to the seeming lack of gaps, this Armour, a Soft stormy grey, seems to have an almost biological sheen to it.

Job on a ship: Advisor. Despite not being a proper part of the crew Mariner recognizes the importance of the mission enough to assist occasionally when needed

Backstory: Very little is known about Mariner, because he’s forgotten most of it. Although sometimes when telling a story the odd detail will rise to the surface. His name first entered recorded history some 4000 years ago, but not even Mariner could tell you how. He may be immortal, or he may just be the latest in a long line of individuals who take up the title.

is this not just your loop character?

not entirely, but yeah pretty much

charlatan N01 hasn’t even gotten past chapter two so while I wait I might as well do something with the concept over here. plus, Loop Dolphus is going to be a glass cannon combat character whenever involved, since the nature of the Loop means any mistakes can be undone, and ToGaV Dolphus will have to be a bit more careful with how he decides to fight, hence the addition of the swordsmanship.

what do you mean I constantly reuse character ideas pffft cmon

EDIT: @Winterstorm345 you may want to move this into the RPG Discussion subcategory as that is where the discussion/signup topics usually end up.

idk what you mean, it’s been here the whole time

Thanks for that tip, that category wasn’t a thing last time I did one

I mean uhh Whoops! I can’t believe I didn’t notice that, surely you possess far more foresight than I.

Given that I’m working full time, this likely won’t be tooooo busy, outside of the usual starting excitement

Aight.
I’ll do it.
Wait, @Winterstorm345 ,can our characters use magic?

Yes, Fire.Most common, then Ice, then Death, then Life magic. (all the other more rare kinds for humans to use follow after this)

what exactly does death magic do?