Hm, say it has a loading time of thirty minutes? I was basing this power off the design of the S.H.I.E.L.D. planes and their cloaking. That’d be best seen in homecoming with the plane not camouflaging when it was damaged by Vulture. That’s the tech I was basing it off of.

So the cloaking doesn’t work if sufficiently damaged? That could work.

TLR gave me a summary of what has happened so far plot wise. I assume my character would either be new or newly revealed. I did read the topic post though.

That’ll take some time, compiling all the NPCs, locations, and plot points into one post. So you’ll have to give me a bit on that one.

As for your character, she could easily be a bot that’s been around for a while, and like I said I have some ideas that would really make her fit in.

Alright let’s go with that.

I wouldn’t worry that much. AJTAZT gave me a pretty good run down of what has occurred.

Do elaborate. I’m excited to hear what you’ve got!

Do elaborate. I’m excited to hear what you’ve got!

There are two NPCs I have in mind here. Railfire, the medic. A former warrior with outstanding combat abilities, but swore off fighting after the war. His abilities are a tightly kept secret. Only two or three other individuals know. To everyone else, he’s just the grumpy old medic.
(Don’t have a picture of him just yet, but this is what his alt mode looks like) 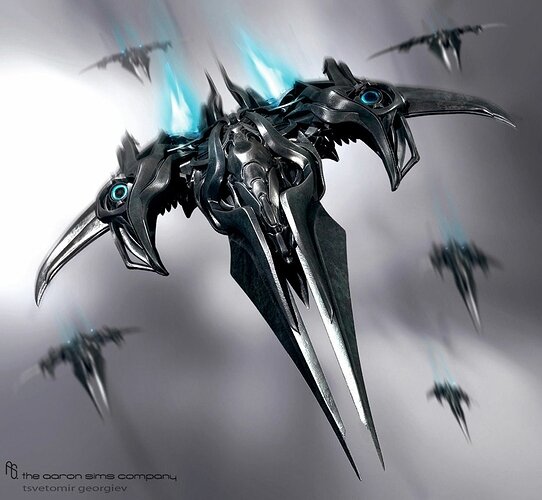 And Blackout. A hulking heavy weapons warriors. Doesn’t talk much, but thinks a lot. Sort of a violent piece keeper in the commons. 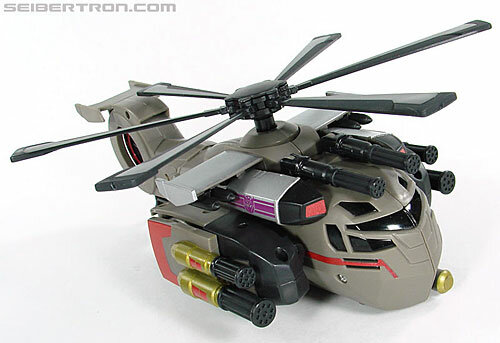 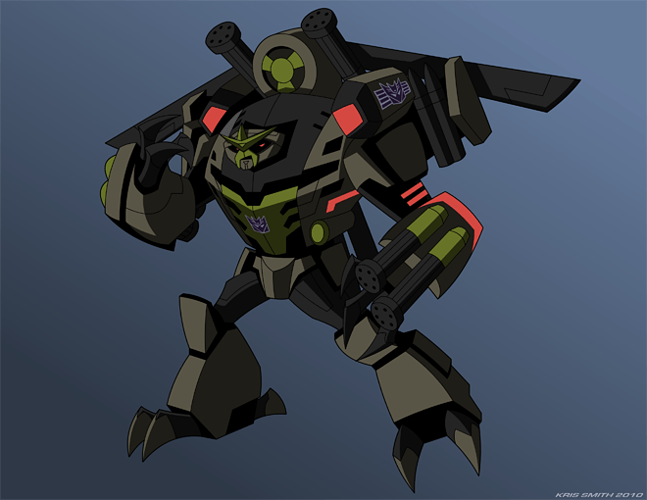 I’ve been toying with the idea of having these two decepticons being in the same squad for a while now. My idea here is that Spirit was a part of that squad. Giving the three a shared history during the war could lead to a lot of interesting interaction opportunities.

That’s an interesting idea. Say they were part of a squad before she was reassigned to earth? Then she was captured later and ended up here?

My idea was moreso that this squad (The 802 Ariel Combat Squadron) were sent to earth as a group. Of the four or five individuals, Railfire was the only one not to take on an earth vehicle mode. Then perhaps they became separated somehow.

Separation works great. I kinda need that for her current mental state. Seeing as that is sorted out…How should I start?

Maximus and Backbreaker are currently in the middle of a match, so you could be in the tribunes watching. That’s also where a few other NPCs are.

Railfire is in his medical ward still fixing up Jetfire.

And Blackout is in the commons eating energon.

For character dynamics between the three, like the idea that Railfire his been very reserved to his former teammates while trapped here. Whereas for Blackout, those two are the only ones he feels comfortably speaking with openly.

I’d say my character would be fairly reserved as well. Very cautious around everyone.

And I completely get that. But I also like the idea that since they were a team, and have a history, they would be relatively more open with one another.

But ultimately, it’s your character. So its up to you.

In other news, I’m planning on adding a minicon NPC to the cast. Mostly for the sake of @ajtazt’s trio. I feel that their actions are too often isolated and not really involved with everything else. Especially with the language barrier.

Nothing concrete in mind yet. Just wanted throw that out there.

I think the pacing overall is fine, at least when there is decent direction for what the characters should be doing. I do wish there was a bit more of a directive as to where we should be trying to head towards. If only because the initial description makes it a bit conflicting in that it sounded like most of the game would be the escape (as in, immediate). And while I realize that is still the main plot point and will eventually lead to that, it’s more of a backseat.

I suppose what I’m trying to say and ask is how long, provided characters cooperated, is the idea of them to remain in the arena? However long it takes until Maximus can muster the others and escape successfully? Just looking for a general idea as I wouldn’t want to commit to any major or possibly derailing ideas if that is looking to be a short time for that part.

Otherwise enjoying so far, just like a rough and vague outline of what we might expect. If that is acceptable, as someone who loves being cryptic and trying to give suspense, I fully realize that might be too much info for us.

I suppose what I’m trying to say and ask is how long, provided characters cooperated, is the idea of them to remain in the arena? However long it takes until Maximus can muster the others and escape successfully? Just looking for a general idea as I wouldn’t want to commit to any major or possibly derailing ideas if that is looking to be a short time for that part.

First of all, thank you for the detailed feedback. I very much appreciate it.

Second, I do have a plan where the escape is concerned. The problem is that the whole thing, from gathering support to the big break out, is relatively end game. At least as I have it structured. That’s why I’m waiting to start that. Because when it does, that’ll be close to when this ends.

Of course, now that I think about it, I could restructure it so that the support and planning phases are more of a slow burn. Instead of being on a fixed track, they take as long as they have to. And now that I’m writing all of this out, that’s probably what I’ll do.

So, I suppose you might be able to expect something there soon, but I can’t say anything concrete right now.

So, I suppose you might be able to expect something there soon, but I can’t say anything concrete right now.

That’s sounds good to me.

As for my trio, I didn’t intend for them to be quite as isolated, but it is more than a language barrier. Sure, it doesn’t completely help that pretty much only Oddball and maybe Griffin can understand them with ease. Though I think my slower/lesser rate of activity is mostly the problem. The game may be going at a slower pace right now, but I can’t afford to give the same level of activity as you or some of the others. And I much rather not soft-lock anyone in a conversation if I can’t reply back in a day or two.

That and they’re pretty much prison rats, so trying to come up with reasons why they would interact with the larger bots is a bit challenging.Though another Minicon NPC for them to do something with would be much appreciated.

Now for those new characters I talked about. 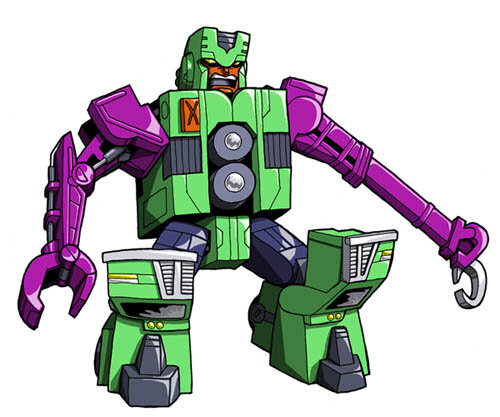 Weapons: None to speak of
Abilities: He’s significantly stronger than most minicons. Though it means nothing for combat. Moreso heavy lifting.
Bio: Clawshot is one of those bots that just cannot be pleased. No matter where he is or what he’s doing, he’ll find something to complain about, and complain about it extensively. Though that’s not to say he doesn’t find things to appreciate. The company of his team for example. And that’s about it. He used to be a part of a construction trio before the war. But both of his compatriots were killed once the action started. Not that he cared much. Never liked them anyway. 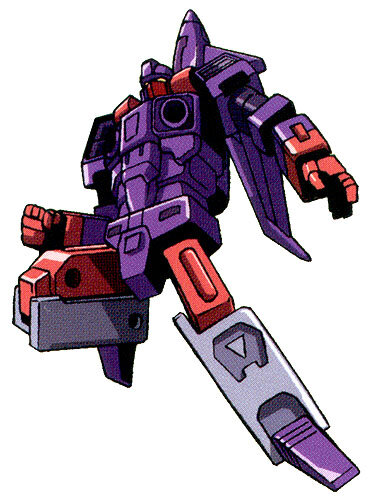 Weapons: He has a hand held low power blaster. Just about meaningless against anything bigger than another minicon.
Abilities: As a part of the Powerlinx Project, he’s able to attach to larger bots who were also in the program, and give them a sizable increase in raw power. Unfortunately due to the larger bots getting downsized, even the ones who have the necessary augmentations are incompatible.
Bio: Ramjet used to be the partner of the legendary decepticon giant Tidalwave. While the monolithic brute looked like a mindless weapon to most, he and his partner had a special bond with one another. Something which Ramjet misses very much. Additionally, he’s a bit of a coward. Since his function was to make others stronger, his own ability is lacking. So he avoids physical conflict wherever possible. 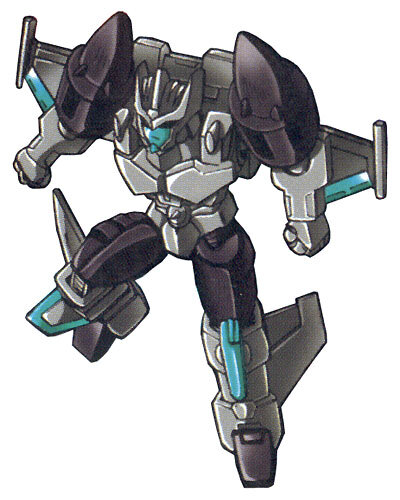 Weapons: Two swords, both self made. Also can convert her hand into a decently powerful ion blaster. While it was intended to break apart rocks, she finds it works just about as well on bots.
Abilities: Initially a part of a space exploration trio, Nebula is able to survive harsh conditions most others wouldn’t be able to. She’s much more durable than other minicons, and even most regular bots. Can freely hover off of the ground, though not too far. And finally she’s bilingual. Able to speak both minicon and common. Though it’s not something she exactly uses often.
Bio: Nebula is a stern and serious individual. Never one to take a situation lightly. She’s notably compassionate with her two teammates. Acting as a sort of older sister to them. Everyone else however she could not care less about.

The team as a whole:
These three minicons came along as most do. Brought along by coincidence when bigger bots’ ships get taken in. And again like most minicons, they go generally unnoticed by everyone else.

Nebula and her team have always been aware of the build team and their actions, but rarely cared about them. Choosing to focus on their own survival. To these three missfits, all they have is each other, and that’s all they care about.

However, a lot of that changed when Maximus and Axis arrived. While talk about freedom cropped up every time someone new showed up, this seemed different. This new predacon was powerful. His abilities could be useful. Since then Nebula has considered taking some risks that might push forward to their dreams of escape. Though she has yet to act on any of it.

I kinda want Juliana to meet Spirit, since she’s afraid of Autobots. (Besides, I’ve been meaning to have Juliana interact with all the PC’s at least once.)

But that’s up to you.

Sounds awesome! Feel free to interact with her!

Right, if you don’t mind, maybe you could have her bump into Juliana. (In a literal sense.)

Thanks. I've always enjoyed playing Juliana more. it'll also give me an exuse to add some songs into this A few things that will be changed: A) her blade skills. She uses her skills in entertaining, (singing, dancing, and the like) in her blade style. She moves through her dance routines, adding strikes of her blade too them. B) her gentleness. While she is still the same gentle, caring soul she is in Salvation, she understands that it's kill or be killed, and won't hold back if forced to fight in the arena.

Also, I wasn’t thinking clumsy, just not looking where she was going. Whatever works.

@MaximusPrimal do you think you can @ me when it turns to night? Something I want to do with Ivory.

You’ve not been paying attention to TLR have you… :derp: