I know where Marendar is going...

So with the Marendar canonization contest possibly on the horizon, I have been thinking about him a lot. The story may be frozen, but I think I have figured out where he is going and who his first victim will be.
Marendar’s destination is…

The reason is, it is the location of his prime target at the moment…

It only makes perfect sense - we know Marendar tracks down Toa by detecting their toa power. And by far the greatest concentration of toa power on the reformed Spherus Magna is with Tuyet and her Nui stone. She spent 2000 years draining other Toa. She is shining like a sun among the stars.

So Tuyet, Helryx and the company of other powerful beings will be the first to encounter the Toa-killer, unless he meets some other Toa on his way…

29 Likes
Shadow of the Fallen (Story Serial Continuation Project)
Trust Levels
What if Marendar could turn Toa into Turaga?
The continuum of the bionicle lore
ToaFautann July 27, 2020, 5:57pm #2

Y’know, for how little story there is around him, this is pretty genius to me. Nice work

Thank you for your appreciation!
It begs a question though - would that be his undoing? Tuyet and Helryx are currently in the top 3 most powerful Toa along with Tahu, and while Marendar is designed for this, I doubt the other beings would just stand there and watch…
I am not sure if he could take them all on??

I have some other random thoughts about Marendar shared by some other people from the days of “Chat with Greg Farshtey”:

I personally hope, if the Marendar contest truly will happen, people will be creative and won’t make just another “big hulking mech” as I have seen so many times. I want to see something exotic, that would also communicate how exactly Marendar deals with the Toa once he finds them.

I doubt Marendar would be killed that easily. Something that’s is supposed to be a main antagonist, should be a challenge to overcome. Story wise, and lore wise Marendar should be able to take on many powerful toa at the same time. Which in my opinion, means Marendar does have some bulk to him. That just makes sense to me.

Cool theory. But it would be strange if Marendar attacked Tuyet, Helryx, Artakha and others. Like if they can’t stop him, then who can? But maybe if Tuyet finally betrayed everybody at the right moment and would be left to duel with Marendar - I think that would be a good way to get rid of the Nui-Stone-powered Toa as well as showing us the power of Marendar. If taing about the MOC I also think that Marendar contest would be interesting but I think it is too bad that it is canonically humanoid. So really something bulky comes to mind. What I think, though, is that Marendar actually shouldn’t have “head”, like Super Battle Droids (from Star Wars) do…

Of course, I am not saying it would have actually happened, had the story continued - Marendar showing up to his first task and be immediately offed by a bunch of most overpowered beings is indeed anticlimactic. I am merely pointing out where the story leads as it is right now.
But yes, it does propose a good way to deal with Tuyet and the Nui stone.

I think the humanoid fits actually - I am not agianst it being bulky, but I don’t like the idea of “bulk” and physical stature being the main reason why he is so powerful and efficient. I would rather have something unique, instead of another “Silver” from HF.

This seems pretty interesting. I also can’t help but feel like maybe Lesovikk was meant to play into the Marendar saga as well.

Now I’m just disappointed, thinking about it. Marendar could have been a really cool and unique new main antagonist following the death of Makuta. An unstoppable force literally designed to destroy Toa. I can almost see the drama of it all, how it could have played out. Toa being taken down one-by-one, Glatorian being called in to aid them, strengthening the bonds between all Spherus Magna inhabitants.

It could have been another really epic story.

Yes! I distinctly remember how hyped I was for this story. I couldn’t wait to find out more about Marendar, how he works, and how on Spherus Magna would the Toa deal with such dreadful opponent.
No doubt the losses on the Toa side would be significant, and there is already not many of them left.

This may not be an opinion shared by many, but the last two story serials The Yesterday quest and The Powers that be, were shaping up to be perhaps the best serials yet. For me at least they were definitely getting there.

I know a large portion of the community did not like the Red Star reveal, but that is because the serial was not given proper time to develop the idea. If you watch the TTV interview with Greg, he discusses where the story would eventually go and questions it would ask. And I think it would have been a truly beautiful story exploring the fundamental nature of MU inhabidants and their place in this new world.
Given all we know, I always predicted that The Powers that be would most likely end with the Red Star crashing down on Spherus Magna releasing Pohatu, Kopaka and the others.

Perhaps it would have been some of these revived inhabitants that would help defeat Marendar?

I agree that Tahu and tuyet are the most powerful toa at the moment. How come Helryx is among them? She leads the order of mata nui but her powers are that of a regular toa. All of the toa Nuva are more powerful than her. Although she has the most amount of experience.

How powerful is Marendar? At first I thought he just had immunity against elemental powers but it makes more sense he could prevent Toa from using their powers altogether.

I assume Marendar has to be at least at the level of Axonn and Brutaka in terms of power. Otherwise he could be easily defeated by a third party like order or the dark hunters.

Marendar will probably lose against Tahu? He has all the rakshi powers.

I agree with Marendar needing to be powerful.
As for Helryx, yes she is just a Toa… with at least 101 001 years of experience honing her powers. Toa Nuva have more raw elemental energy, but there is no one who rivals Helryx at utilizing her powers to their fullest.

Cool idea and makes sense. He is an android checking of threats one at the time.

I wrote a fanfic way back in which Marendar defeated the combined might of Toa and Glatorian but was finally defeated by their trap.

When asking why he attacks Marendar and try to explain they are not evil. Marendar says he knows this. He saw a toa to risk his life to save an agori. They ask why he continues to attack them. Marendar reveals his programming forces him to despite what his personal feelings are. He also reveals his programming waits for the most opportune moment to strike. At which point he said it he breaks out of shackles and tries to kill nearest toa but fails.

Marendar actually shouldn’t have “head”, like Super Battle Droids (from Star Wars) do…

I always imagined Marendar as a massive golem-type character like the Pokémon Regigigas, only with one eye it uses to absorb elemental attacks.

I think this fits nicely with how things were set up. Going off of this I imagine while traveling towards Tuyet it suddenly needs to recalculate its progress due to Tuyet’s toa “signal” drastically being relocated (thus is due to knowing that everyone with the cursed great being survived the explosion and between Artakha, Mizerix, Brutaka, and Vezon we’ve got strong teleportation powers and a living portal), all those being being scattered to unknown and new locations. And as Marendar reroutes its course it runs into TYQ toa briefly. This definitely has got me thinking!

I like to think that it would somewhat resemble the Bohrok/Baterra, as they are designed by the great beings to do ‘cleansing’ tasks. This would fit with with receded-head design.

It would also be cool if this was a way to finally redeem/conclude Tuyet’s arc (and remove that particular convolution from the story).

@Fourth_Virtue_Toa Nice addition! You are right about the numerous teleporters in the group. I wonder if part of the plan to defeat Marendar would have been using Tuyet as a mobile bait.
Perhaps if there is a redemption for her as @CalamitousT mentioned, Tuyet would have sacrificed herself for the survival of her kind?

I just reread the federation of fear in which tuyet enslaved the matoran universe… Yeah, Tuyet is precisely the reason why Marendar was created. 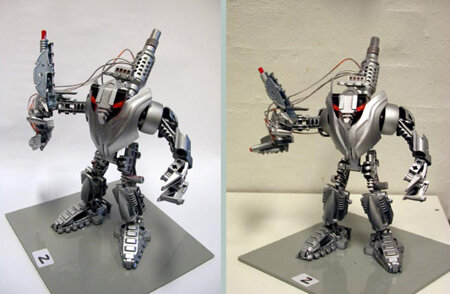 My bad, I thoug it name was federation of fear.

Interesting. I will admit I have not seen this prototype before. Do you know what it is?