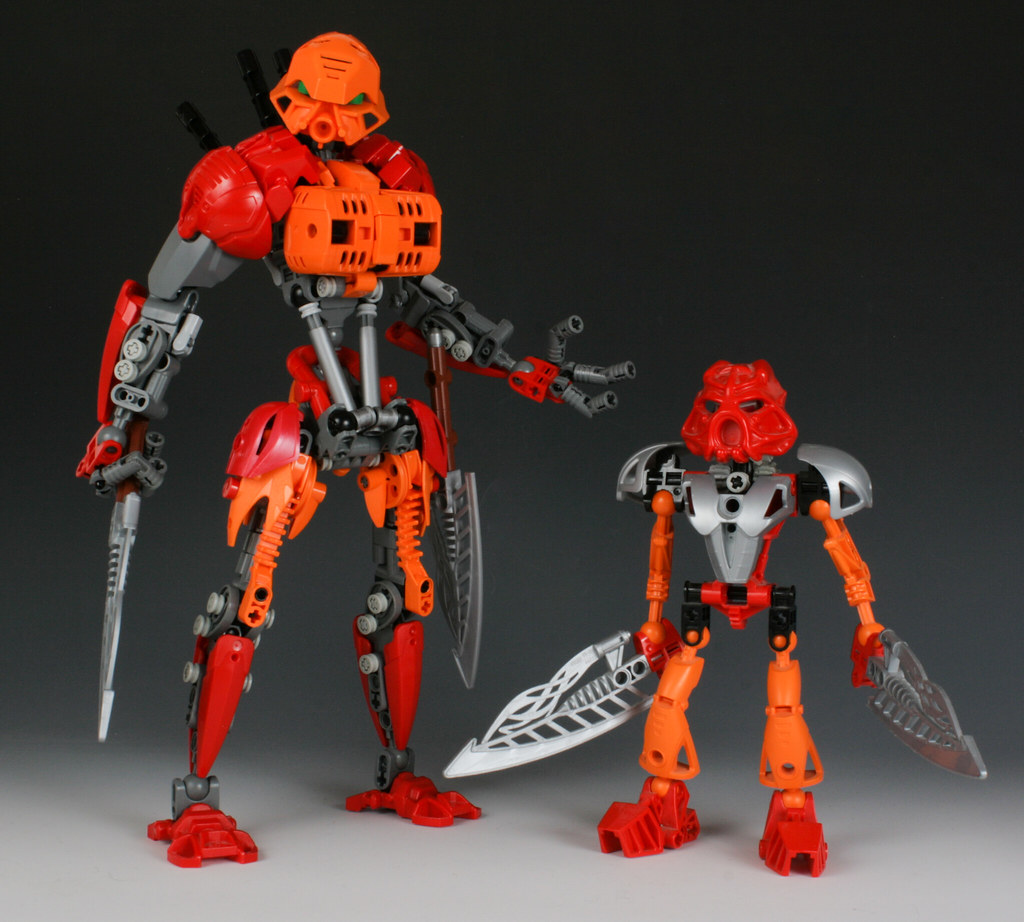 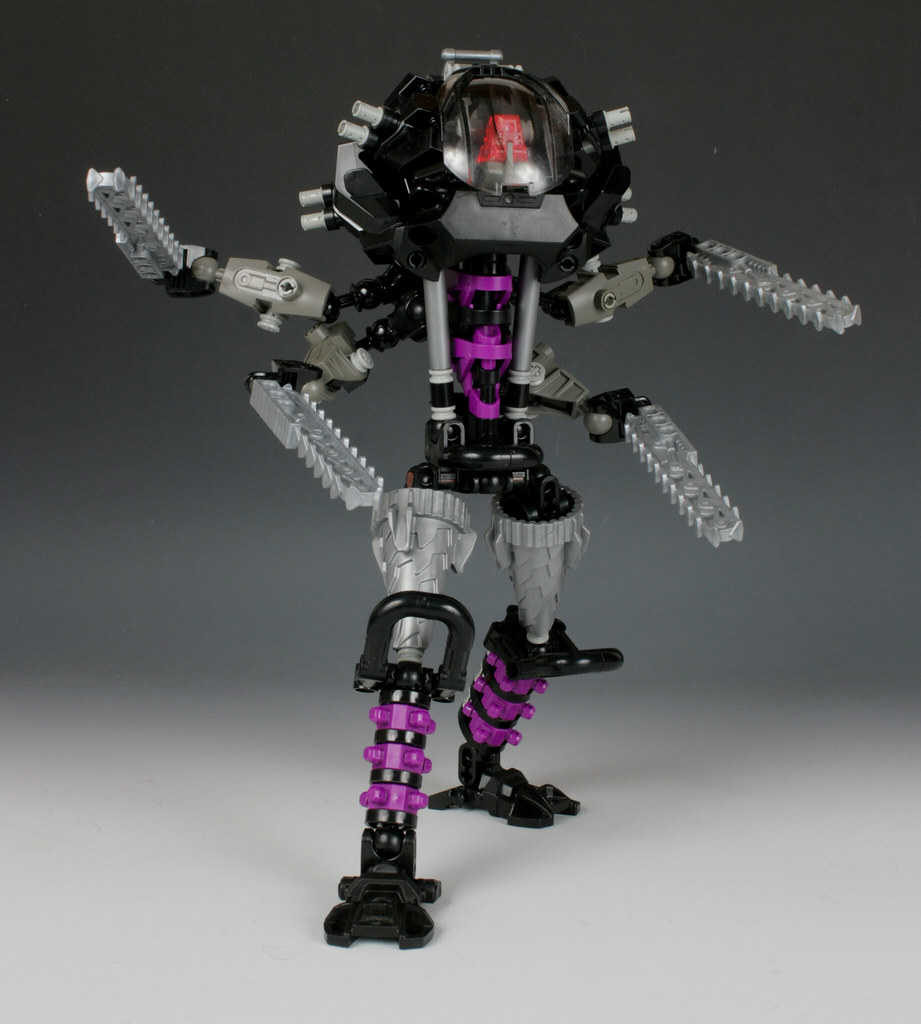 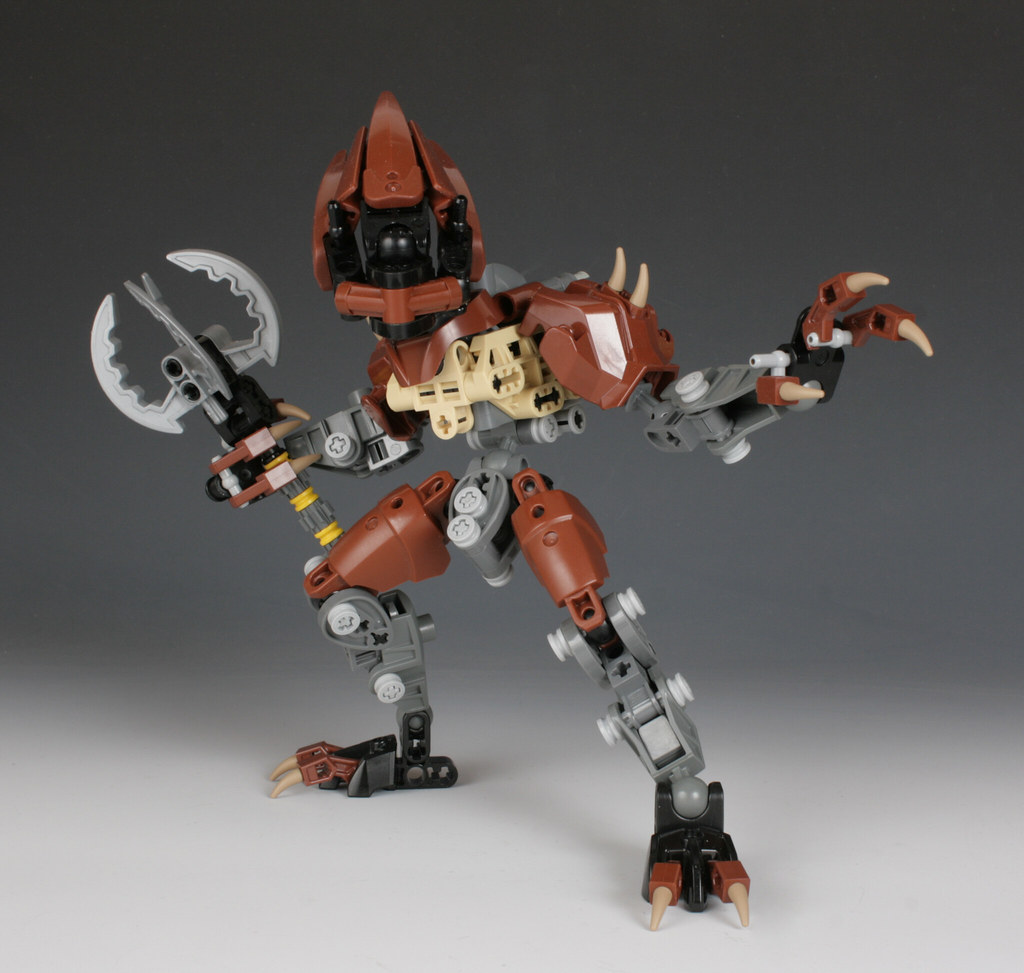 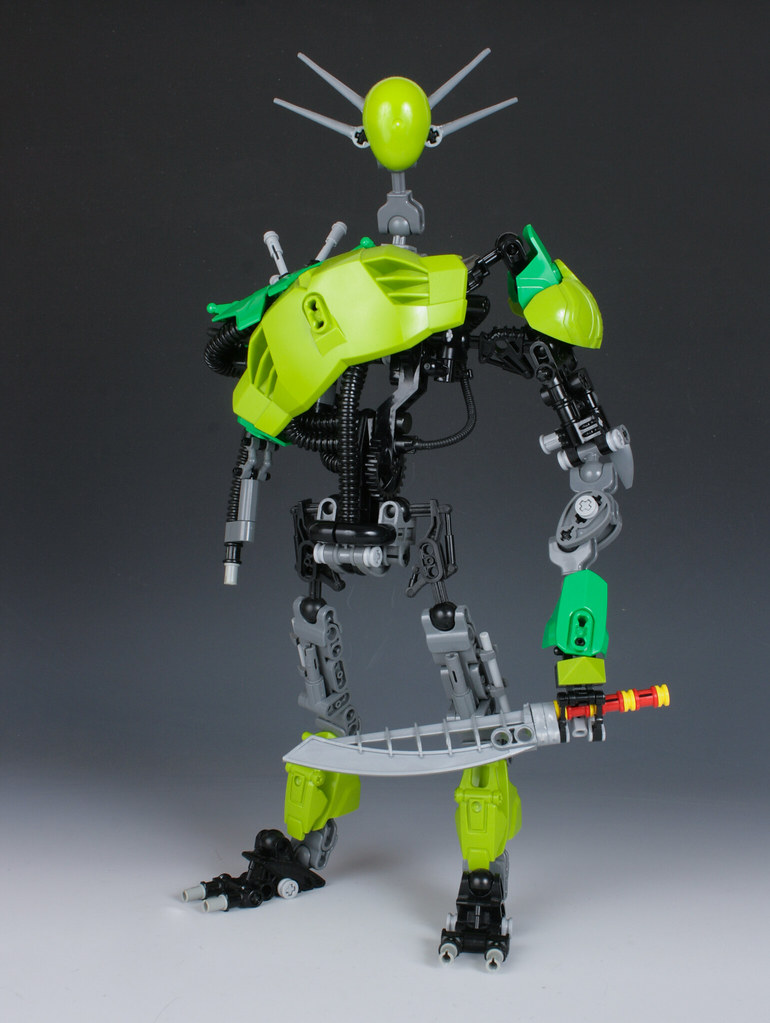 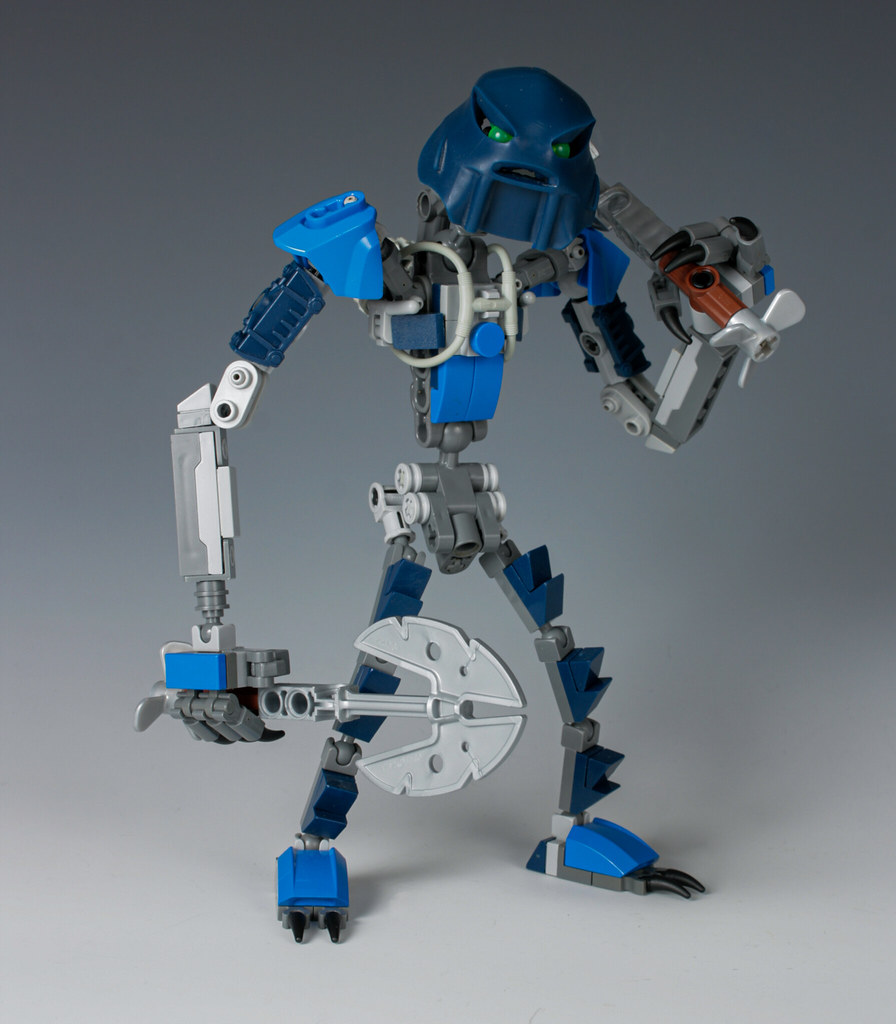 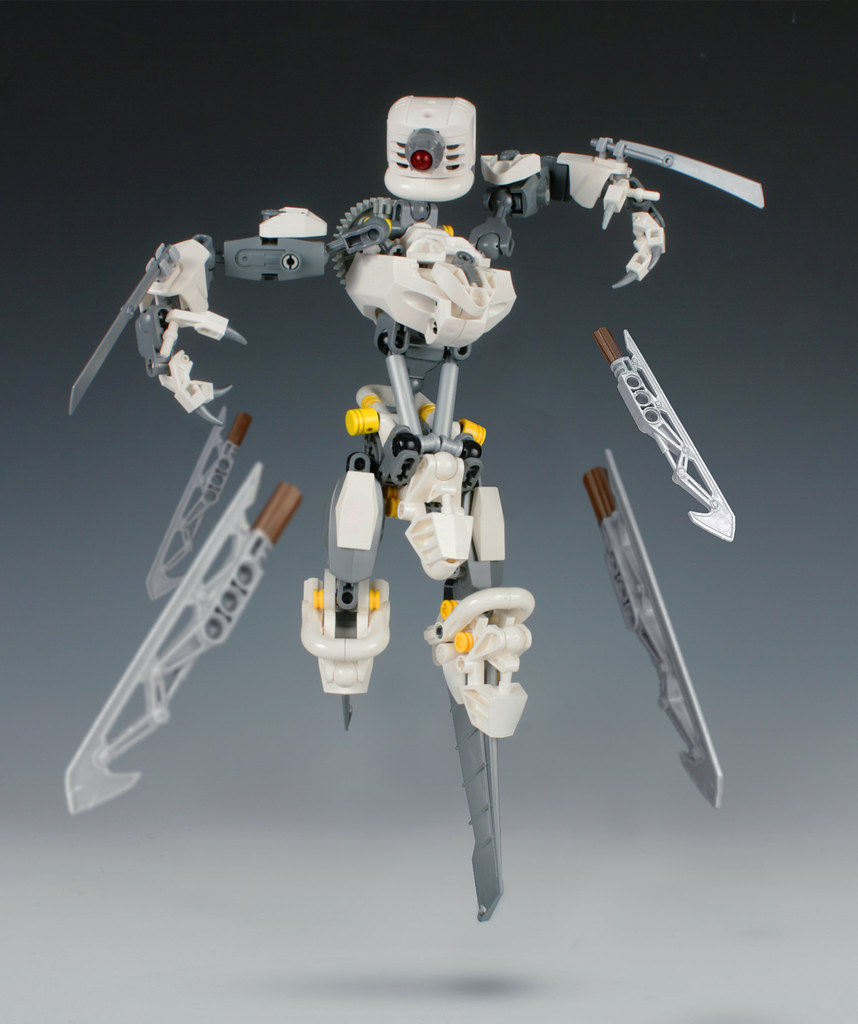 Seriously, it would be awesome if we had a group photo.

This has been a great series. Each one is interesting and unique. Excellent work!

They’re so weird. I love them.

I think your best are Lewa and Kopaka.

Goodness, these MOCs are incredible. Amazing builds all around and very unique depictions

Tahu has the most set-like physique (if more anatomical) and his mask resembles the set the most of the series as well. Part of the goals of the series is challenging what the community accepts as Toa-builds. The sets often show the Toa as athletic humanoids and I wanted to experiment with these. The conversations surrounding these MOCs have been very interesting to read and I think the series has been something of a success.

I’ve gotten a fair amount of accusation that these are unusual just for the sake of being unusual and while I don’t blame anyone for saying so (and admittedly some of these found themselves in the build process) I also feel like we’re at a point where someone needs to challenge some norms what the community at large accepts as Toa. At the risk of sounding really sanctimonious I hope that I’m opening a door for people to walk through but I suppose time will tell.

That inverted Elda is horrifying in a good way
Tahu is the best in my opinion, though.

Very interesting. They look so alien. Favorite has to be Lewa, he just looks so weird. Nice job.

I was torn on these at first - I saw Gali and thought “what the…”, and I saw Lewa and thought “what the hell is this dude thinking?” I knew I liked them as MOCs, but not as the Toa Nuva. I had elected to hold my tongue, initially, as I was unsure how I’d say “love the MOCs, hate the concept and execution.” I think I’ve come around a bit. I really appreciate these. I can’t quite say I like them as representations of the Toa Nuva, but they fit the description of the Toa as gods rather than the Toa as athletes like we got more of later in the series. I could see these as Toa of an alternate timeline where BIONICLE was more mythical. I really like how you incorporated their tools. My favorite as a Nuva revamp is Tahu, but my favorite as complete reinterpretations of the Toa are Lewa and Kopaka (in that order). Onua is also really cool. Maybe you should do new passes on Gali and Tahu, make them even more weird. Tahu almost doesn’t even fit in the team, he’s too normal. Adapting the rest of the Toa in his style, or adapting him more to the style of the rest, would do wonders. Aside from that, my only criticism that isn’t “you did your job too well, they’re too weird” is over the use of the word “Tohunga” in their descriptions, which I believe all BIONICLE media, fanmade or not, should avoid. I think these were pulled verbatim from the card game, though, so I understand why you did. Overall, great work.

P.P.S. Think you’ll ever post instructions? I think I can reverse-engineer bits of these based on the pics, but not the whole thing, and I really like that Lewa, the more I look at him.

If I recall correctly Tahu and Gali were the first and third to be completed (with Lewa in between) so I can see why they stand out as being maybe too standard. Seeing them together like this has made me wish I had made more of them a bit more unusual like Onua but it is what it is. Glad you picked up on the tools. I’m a big fan of the Nuva weapons so I wanted to keep them for the series. I also tried to use them to make the team a bit more cohesive. nobody’s pointed out the various ways they’re used yet but I imagine it’s much more visible with the whole team now being posted.

A group shot isn’t out of the question but composing the shot and getting more editing done would
be a hassle. I’d like to but it could take some time.

Instructions are very unlikely tbh. Maybe some breakdown photos at most but not full instructions. Lewa especially would be a pain to put back together and he also uses a cut hose so idk how many people would want to do that.

My favorites, in order, are Lewa, Kopaka, Tahu, Pohatu, Onua, and Gali. Lewa Nuva holds a special place in my heart because he was my first Toa set and he’s been a favorite of mine since then. He was easily the most fun to build and he came together very naturally and quickly.

I also took loose inspiration from an illustration by a good friend so I may have a bit of a bias. 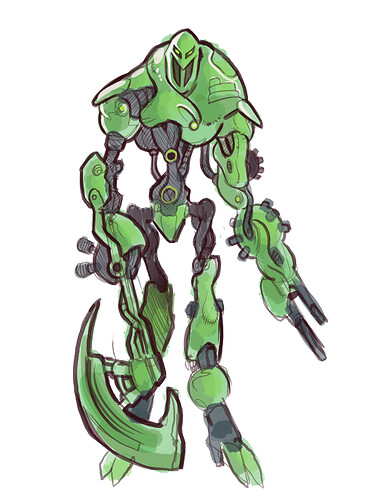 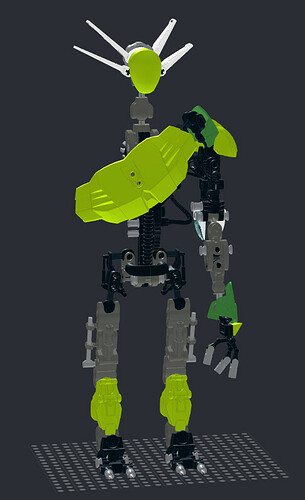 I’ve realized that Lewa is probably my favorite because of the visual storytelling. Despite his right arm being beefier, he’s lost it in combat or something, leaving him to fend for himself with his scrawny left arm. Phenomenal work on all of these.

Very good, but the chestplate is upside down on the actual moc.

I hate these but I love these. Honestly, these are probably some of the most original Mocs based on existing characters. Each has a clear design, and is a cohesive character with imaginative elements. It may be simple, but the inside-out Elda on Gali is an interesting way to give a face to one of these Mocs.

You’re pretty close so I took some breakdown photos but they still might be difficult to decipher. You shouldn’t have too much trouble if you’ve gotten this far.

Most of the tubes on the left shoulder are held in simply with pressure on one end with the smallest hose (the thin one with antistuds also on the right of the body) doesn’t connect to anything at all. Maybe you can make that work more easily in digital than I think idk.

The only tube that was cut was on the arm you haven’t built yet so I don’t know if there’s a digital version that matches it. You may have some trouble there idk. It wasn’t cute for the MOC iirc it was already cut beforehand.

Keep me informed if you have any trouble with remaking it. I can see a few minor mistakes already but I think you’ll be able to catch them. Looking at these made me question how my own MOC was built lmao

I noticed after posting the pic

You’re pretty close so I took some breakdown photos

Thanks so much man