The Book of Ramblings

This is a story written by me starring several TTV Boards Members, who all signed up for being included in this topic.

Chapters will be posted when I have the time.

The Book of Ramblings

The implication given by the statement ‘sharpest tool in the shed’ is you are of exceptional intelligence in comparison with your peers, but still insinuating that you, much like your immediate peers, are cards in someone else’s hand. You have no power over your own exertion of energy, but are dictated by the intent and strength of the one holding you, laboring for their will alone, and isolated when beyond their grasp.

But what if you were the master of your own destiny? Would you have driven this instrument so violently into matter which entirely sustained its own existence until its violent separation from the host? Or with such excellent grace swept the skewered extensions of the organism so deftly punctured into the swirling mass of conscious thought and deed, effortlessly consuming the hard labour of the host organism which was performed in an attempt at self preservation? Surely all these deeds were for the preservation of yourself as well; the hunter swiftly eliminates the hunted, but if morality and selflessness were among the virtues you possessed, perhaps the cycle would not have been perpetuated.

Here, in a more simple setting, the expression cycled over. The tool in your possession expertly punctured the green vegetation at your command, and with the delicacy and madness of a greek god you dumped the edible material into what constitutes as an oral passage; your glowing, swirling, conscious mass suspended at two metallic rods designed with the intent of containing such a consciousness.

You stabbed two spinach leaves with your fork and stuffed them into your stupid, glowing face, while contemplating the deeper meaning of life because you’re a desperate loner with no friends. Seriously, who eats a salad with no dressing?

Regardless, your time for meditation on your sad dinner is officially at an end. The door clicked, there were murmurs in the direction of it. Approaching your table with an air of unease is someone so incredibly short he must be a child. His demeanor is not contrary to this assessment, for he glanced about with curiosity and a vague sense of dread, scanning you, the table, the seating, the window, and anything even remotely close to your location.

With a struggle he clambered up and onto the cushioned seat directly opposite to you, his yellow metallic face reflecting off the window. “Monopoly, I-”

“The name,” You spat, unconcerned with the wellbeing of your acquaintance, “is Mister Monopoly. And I feel we have much to discuss.”

Half of this was existential ramblings and I have no idea what this is going to be about, but somehow you’ve piqued my interest. Nice job, I think?

but still insinuating that you, much like your immediate peers, are cards in someone else’s hand

I’m not sure when I’ve been this terrified.

That first paragraph was as Winger said, thoroughly frightening. Can’t wait to see where this goes.

I’m interested, but I also have no idea where this is going.

so you’re not just evil in-story

I fear for my life

With a struggle he clambered up and onto the cushioned seat directly opposite to you, his yellow metallic face reflecting off the window. “Monopoly, I-

Took me awhile to figure out that this is @Cordax

I love this so much already.

Same, the writing is great! 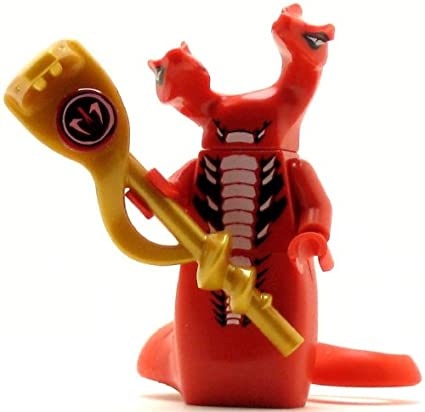 But what if you were the master of your own destiny?

The world would blow up.

“The name,” You spat, unconcerned with the wellbeing of your acquaintance, “is Mister Monopoly.

Ha ha funny story… I didn’t
But that would be funny if I was the combination of skelly and bones then we would get the best cinematic character ever!

I, for one, cannot wait to delve into the depths of whatever madness you conjured to write this.

As it turns out, there was very little information you didn’t already know. But with your superior intellect, was that really so surprising?

Cordax had barely mumbled out the most basic of information before you interrupted him and proceeded to school him on everything you were willing to disclose - but you filled his head with so many obvious details it’s a wonder it didn’t rupture then and there. Maybe if you decided to lecture him on philosophy, you could launch his dumb metallic expression halfway across the continent.

Yet hindsight is exceptionally clear, and maybe it would be wiser for you to not jeer at your acquaintance’s lack of knowledge when you didn’t possess the foresight to see the blatantly obvious mercenary who was hiding in the darkest corner of the ceiling, nor the proper intelligence to determine he was about to kick you through the window, nor the imagination to determine Cordax would do something so pointless as stab the man in the shoulder with a fork.

But, the kid’s got audacity, and that has to count for something. Maybe a free meal at Fifty’s.

Writhing about, the vigilante with his boot on your neck managed to grab the wriggling midget who decided to introduce stainless steel prongs into his bloodstream, and clutching him by the ankle with enough pressure to pop the joint of an organic being, decided to do what all exaggerated egotists love to do when they have even the slightest upper hand: Talk your darn ear off.

“It doesn’t matter if I kill him.” He smoothly stung his words into your mind, letting the nonchalant attitude throw you for a bit of a loop. “You wouldn’t mind much either. I want the info you haven’t told him.”

He slams his foot down into your steel neck, threatening to warp it. “Five seconds.”

Your featureless round head locks eyes with his smooth, featureless helmet, seething with rage that this unbelievably tacky brawler is so presumptuous as to dirty your neck with his footwear. “Ghid is there.”

The last statement seems to come as an absolute surprise to the helmeted attacker, and he recoils in disbelief. Cordax takes advantage of the situation to twist his foot free, and swing on the stranger’s arm to try and land back on his shoulders again. With him turning to prevent this, it is all the opportunity you need to swipe his knee from the back and force it to bend, before lunging your massive hand up past his leg and clutch his shiny helmet. With the newfound leverage, you flip him over your body and slam him into the ground, before rising just enough to sling him back into the diner.

You know perfectly well he’s carrying an EMP, tranquilizer darts, throwing knives, a badly mishandled cassette player, and four copies of Vektroid’s Floral Shoppe written onto cassettes which were actually considerably cheaper to come across. His rocket pack was just for show. But you also knew he needed to get the drop on you to have any sort of advantage, and now that he was probably praying he didn’t have a fractured rib, it would be pointless for him to retaliate.

Cordax, however, cowered behind your legs and peeked out from around your knee at the figure now cradling his side and collapsing onto the floor with a moan. “Who- Who IS he?!”

“Winger.” You respond, cracking your knuckles as you do so. “You now know it’s Ghid who was responsible, so I can’t exactly let you go.”

“So?” Winger retorts, trying and failing to rise and challenge your approach. “Does that mean you’re gonna kill me, you faceless brute?”

“Better.” You imply a smile. “You’re coming along for the ride.”