“Aw, look at that! The Toa is out of power, what a shame! How will he rescue the Matoran without it?! Well, I have an idea, but it will cost you.”–“Recharge” 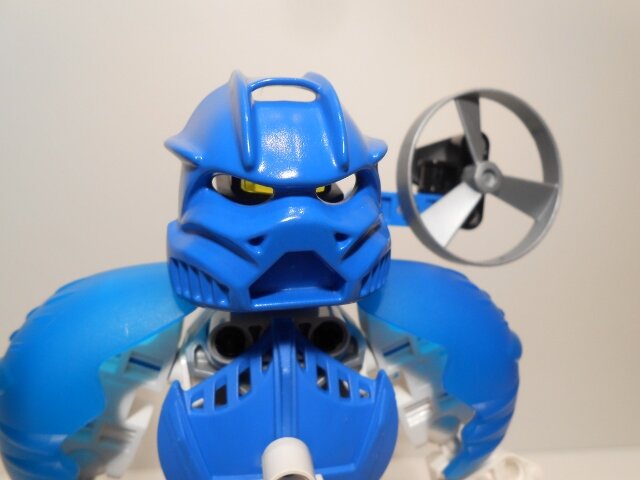 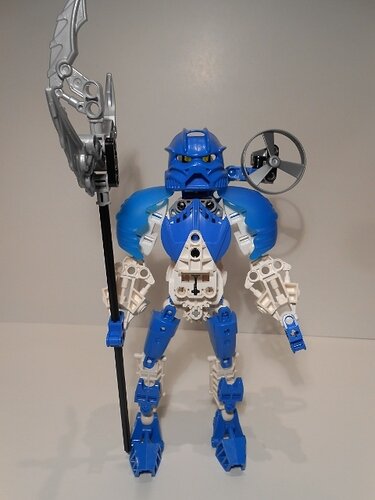 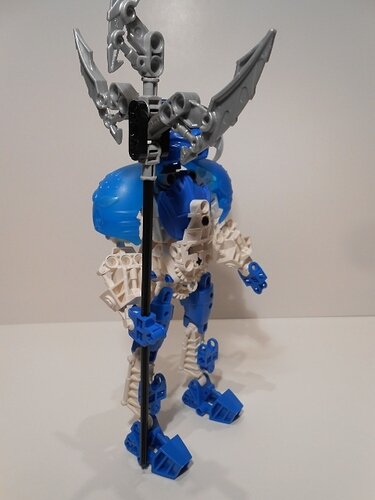 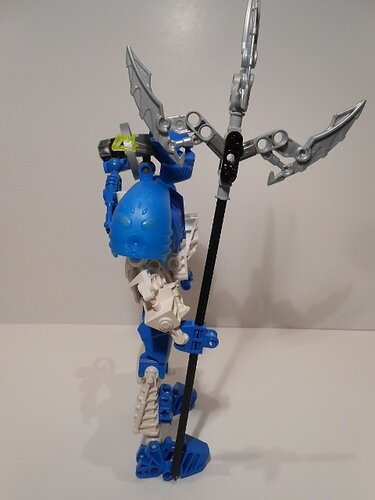 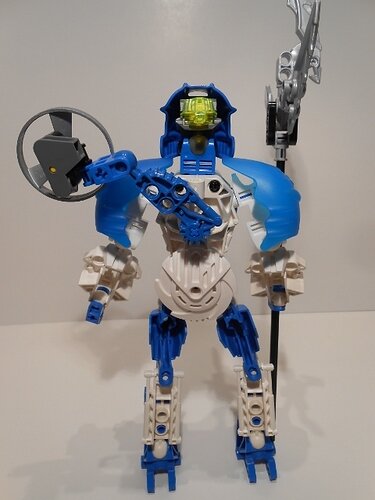 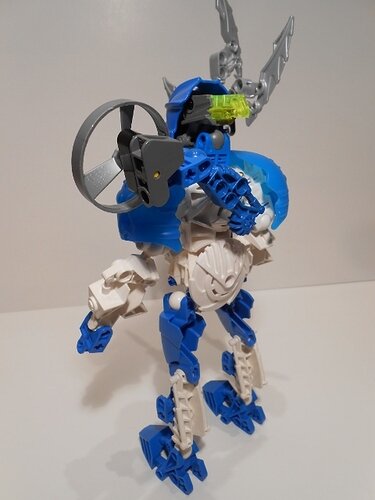 Powers and Weapons: As a Skidawkie, “Recharge” was three powers. The first is his Kanohi power, which allows him to recharge any being’s elemental energy reserves. Unlike the mask which is a one-time use, “Recharge” can use this ability as many times as he wants, as long as he has the energy to do it himself. Although he is unable to absorb or control elemental energies. His Metru-Kanoka power is that of Po-Metru, allow anything he throws or fires to home in on targets. “Recharge’s” third power is his inaccessible element of Lightning, granting great resistance to electricity, higher than a Matoran and Turage, but lower than a Toa. Also has all the other perks and downsides of being a Skidawkie, like better energy senses, but more fragile. “Recharge” has a Rhotuka that upon hitting a target completely empties out their power energies (such as elemental energy) and a brandistock spear.

Personality: A somewhat honest con artist, “Recharge” can be quite cruel and never bluffs. Although he would prefer that the Matoran he uses as bait don’t get killed, if they do, he won’t take it as his fault.

Background: In another time and another place, “Recharge” was created by Makuta Equinox. Due to being gifted with the power of Elemental Energy, he served as a support role, helping the elemental Skidawkie with their task, much to his disdain. Eventually, he would start charging his kin for use of his powers and tried to get better treatment. Sure, he couldn’t grow food instantly, power the city, made the materials to build it, but without people like him it would sure go slower.

Needless to say, after being tampered with by another Makuta and the attack of the Visorak, he left as soon as he could. Free of his enslaving kin, but also now lacking of means of easy survival, he would eventually realize he could exploit Matoran and Toa for means of revenue. After what the Matoran did to them, did they really not have this coming?

As such, he would create situations that would require Toa to come and rescue Matoran, and then drain them of their power. Using the dire situation the Matoran are in to blackmail the Toa into given him whatever it was he wanted before he would recharge their power. This caught the attention of the Dark Hunters and they recruited the Skidawkie for a variety of jobs. Generally, they would have make more convincing and dangerous situation to get more out of the Toa. And due to his success, “The Shadowed One” would go on to search for more of his kind and to experimented upon them.

is that a throwbot torso I see? very nice!

The color scheme is absolutely beautiful!

is that a throwbot torso I see? very nice!

That it is, thanks.

Thanks. It ended up looking better than I expected, but I think it probably could have still been balanced better. Not sure how, but just feels like it could be.

The color scheme is absolutely beautiful!