And so my quest to build all my Dark Hunter characters continues. Decided to build one of the simple ones this time around. One more down, only several more baker’s dozens left to go. 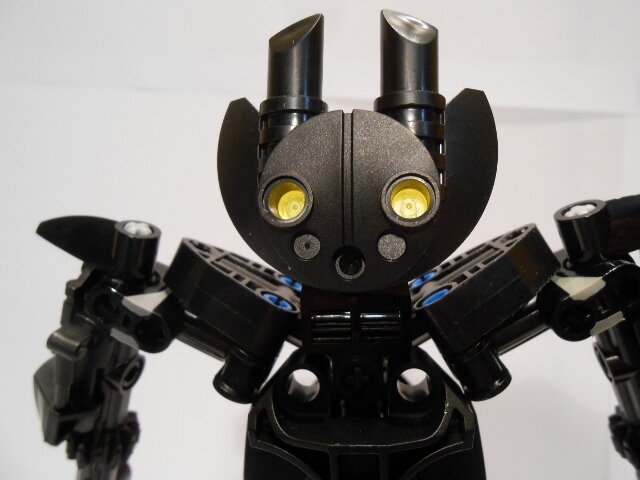 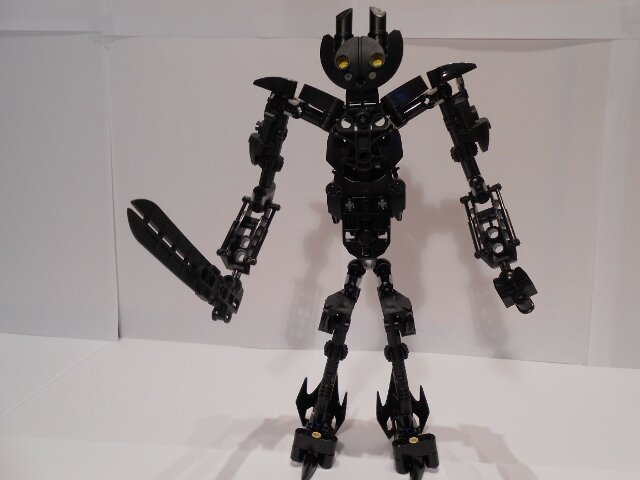 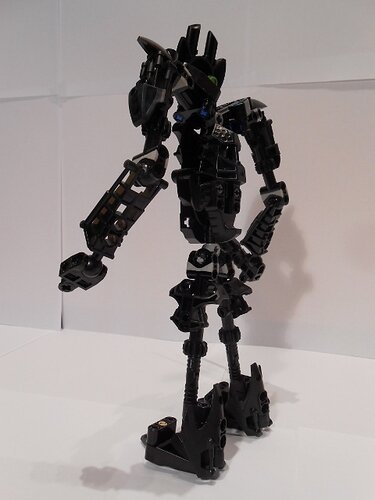 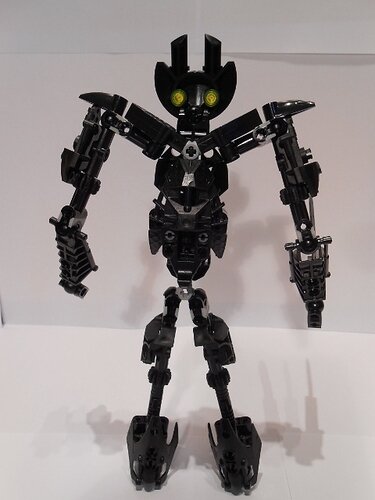 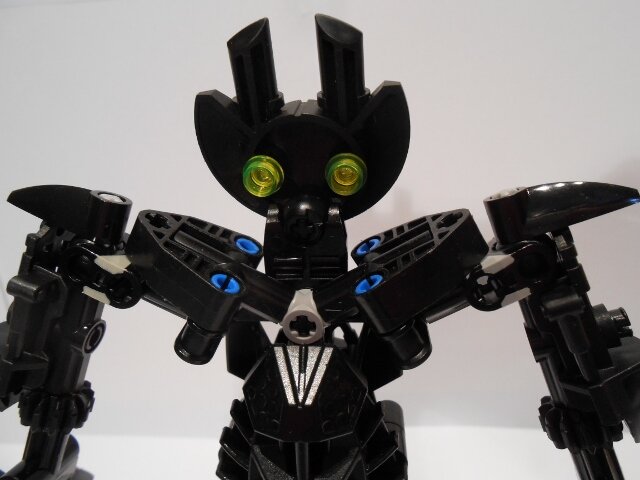 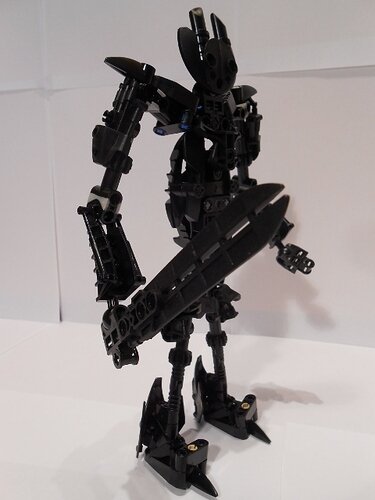 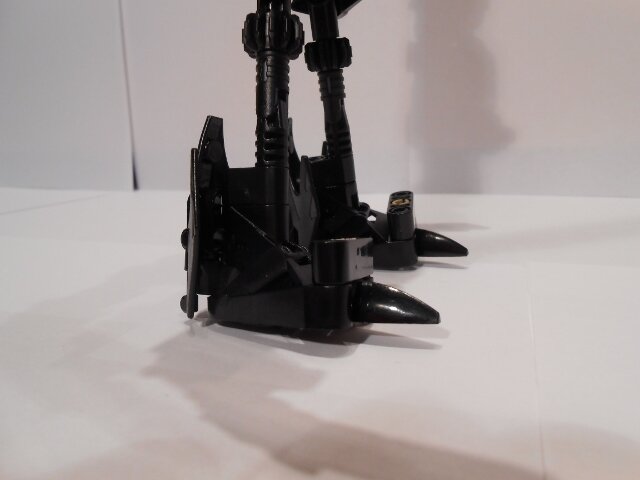 Powers and Weapons: The real “NPC” has powers similar to a Mohtrek, but with some major differences. He doesn’t bring past version of himself to the present, but a pure copy/dupe/clone/double etc. of the real current one. It does require concentration to make one, but unlike the Mohtrek, if he’s knocked out the copies will remain. Until their destruction, copies will always remain. Interestingly though, if a copy is destroyed, it isn’t sent to the Red Star. “NPC” drives beings with psionics mad as the copies think and act like him, making it impossible to identify which is the original.

This isn’t the limit of his power either as he is fully capable of making Matoran, Toa, and even Makuta. These nameless people have every ability that a real one would have, up to and including their own memories, weapons, personalities, etc… However, this appears to depend on what “NPC” considers that species or group to be. Attempts have been made to change his mind, but no matter how hard he, or others, try to change this, it has remained locked behind some powerful mental blocks. So they come out as they should be, a Toa is a hero, a Makuta driven to evil, etc.

Though “NPC” can’t control or command them, even his own clones, and Makuta is the highest level of a powerful being he can make. He also can’t make copies of other people, only their species. “NPC,” in his current state, is a decent fighter and fairly good with weapons of many kinds, but not that good. One can normal identify an ‘npc’ by their lack of skill and pretty easy to beat. Though that isn’t always so.

Personality: An obedient and willing henchman, “NPC” will do everything “The Shadowed One” tells him.

Background: Very little is known were “NPC” came from, but he was recruited by “The Shadowed One,” one of the earliest at that. None of the other Dark Hunters knows what his abbreviated codename stands for other than “The Shadowed One” and “Ancient,” as the others who knew are no longer around. It is mostly assumed that it is the first letters of three words that “NPC” and his copies are commonly heard saying. Which is, "No problem Commander.” Though the phrase is usually when “NPC” is going to obey one of “The Shadowed One’s” order, his copies often use the phrase to whoever they obey.

That said, it is known that “NPC” was not always this current state. When he first appeared, he was a mighty and powerful titan. He only made a few copies at a time for aid in battle, returning them when the fight was over. But something changed and he started making hundreds of copies. The effect drained the titan, depowering and shrinking him until the stick-figure he is now. What’s left of his armor barely clings to him, a literal skeleton in comparison to the proud warrior he once was.

“NPC” has created almost every random, not important, and nameless person in the entire universe. He himself doesn’t know how many ‘npcs’ are out there. Then again, no one knows if the original “NPC” is still alive and neither do his copies.

The hands and legs are too skinny, you should try bulking them a little.

Whoops. Note to self, don’t try posting these when you’re tired.

The hands and legs are too skinny, you should try bulking them a little.

That’s the point of this fellow, he’s incredibly thin. The only areas left with bulk to him are just large chunks of armor that have remained. A stick figure would be the best descriptor. I wanted to make him even thinner, but my limited Technic collection was being eaten up by other things at the moment.

'Tis the way of Bionicle, be weirdly proportioned.

Does he often beg for people to go on quests for favors?
Love the design, the lankiness is neat.

Well I would hope so, trying to make them fit in and all.

Does he often beg for people to go on quests for favors?
Love the design, the lankiness is neat.

Oh I’m certain there are plenty of his copies that do.