“How about you start over? I hear your kind loves going back to the beginning again and again.”–“Default” 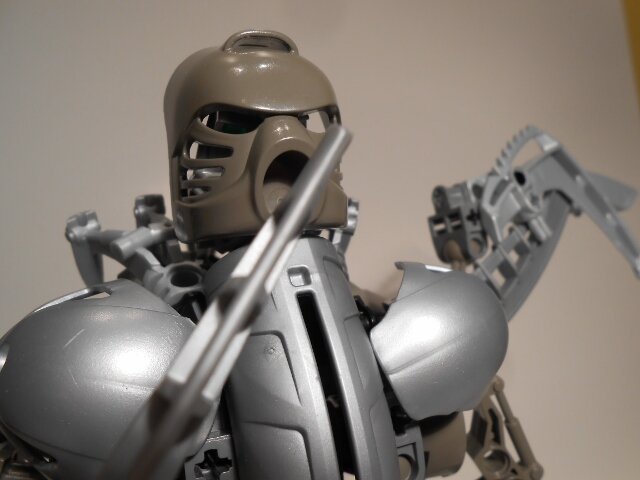 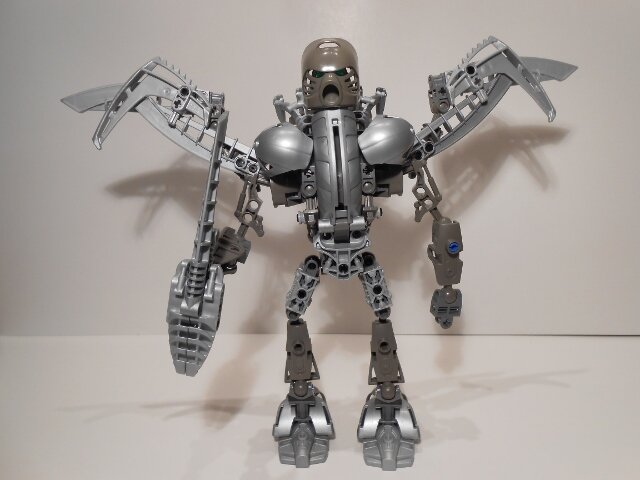 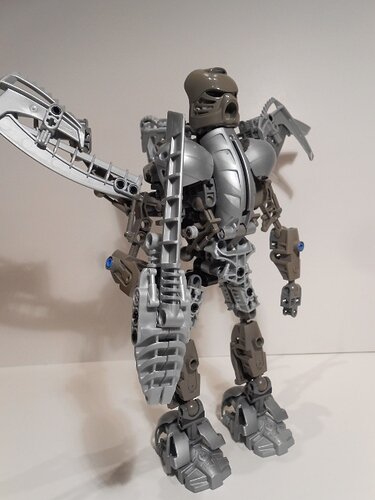 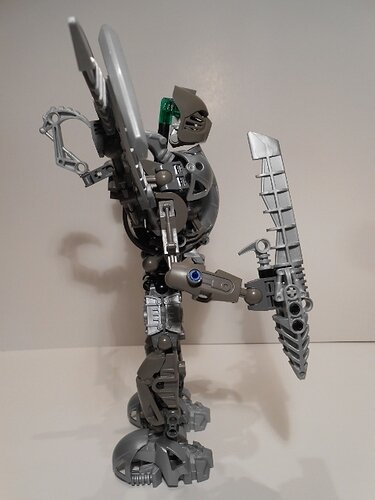 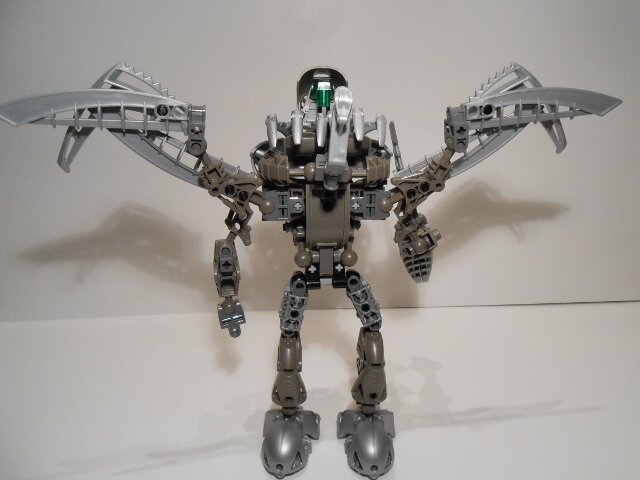 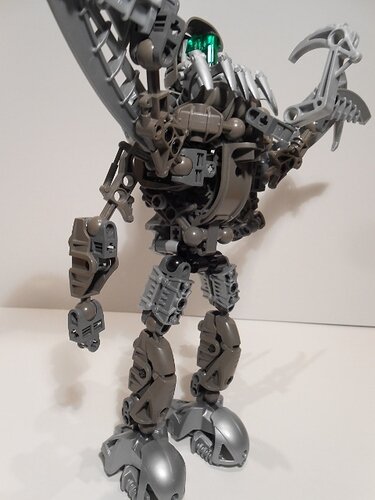 Powers and Weapons: “Default” has one special power, for which he has received his codename. Provided he has a weapon that can channel the energies, such as his sword, he can unleash a blast that temporarily sets beings into their default/beginning state. All their powers, weapons, physical form, and even muscle memory is all sent back to how they first started. The only thing they retain is the knowledge and memories they have gained over the years.

For example, if Gali Nuva was struck by this power, she would not merely revert back to her Mata form, powers, and equipment. She would go all the way back to when she was first created, before being taught how to fight and her body untrained for it. Her knowledge and experience helps, not completely losing everything, but would essentially be fighting handicapped.

This power typically last no longer than ten minutes, but can end early if either the one affected is defeated or “Default” is knocked out. And as previously mentioned, he possess a sword, which he must have in order to channel/use these powers on another being.

Aside from this power, his wings grant him the ability to fly. He can easily fly from island to island without growing weary. Physically stronger than Toa and can use Kanohi, such as the Hau he wears.

Personality: Solemn, honorable warrior often left pondering. Loyal to the mission and ready to accomplish what is set before him, but can’t help but feel something is missing and out of place. A bit gruff on testing newcomers, trying to dissuade them as best he can without speaking, as to avoid punishment.

Story: If you want to know me, you’re going to have to hear the story from me. I don’t let that freakish scribe and that lesser shadow’s twisted tongue tell you who I am. Though I’m not Turaga, so if this fire tale comes off poorly, just deal with it.

In a time before a single aeon was recorded, there were three warriors. The first was a massive titan that cut down armies with his blade. Numbers never overwhelmed him, for he could become an equal and even greater in number than all his foes. Even then, he could summon all sorts of creatures and beings to his aid.

The second was a wise telepath fighter, warning the other two warriors and filling the minds of enemies with useless knowledge. With him, nothing needed to be spoken, for all knew what the other was thinking and how to assist. His knowledge was so vast, little caught them off guard and weaknesses made plain.

The third was the lesser of the three, not worthy to stand among them, but welcomed as a brother all the same. He was not powerful in strength and number, nor in wisdom and mind, but could take away the talents of others. Stripping their foes of their abilities, they were laid bare and more hopeless against the other two.

On their own, each was a dangerous warrior to challenge. Together? They were a force neigh unstoppable. Who could challenge them? What could stop them? Disasters were stopped in their approach, pirates were held back, countless would be conquerors stopped. They were welcomed in all the lands they traveled, be it out of fear or respect.

The air on this island is more toxic than Xia, the land more agonizing than Karzahni. I don’t know what happened. I don’t know why we’re here! This accursed place…it infects the mind and body, it is a Madness without all the signs.

I can’t tell you why we came, I can’t remember in this place. I can’t leave to discover why again. But we came with a goal in mind, so prideful to accomplish whatever that was.

And that lesser shadow knew. I don’t know how, but he knew. Despite our effectiveness together, he must have seen us as a threat we were and split us up. It is so rare I see my brothers these days and when I do…

…The one they mocked as “NPC” has suffered the worse. His body is all but gone, power stripped away and split into untold multitudes. I don’t even know if my brother is still alive, his copies might have become self-sustaining after all and continuing to replicate out of habit. He is lost and finding him again will be a near impossible task.

Then there’s the one they call “Hints.” Oh, I’m sure to you he seems just fine, but this brother has degraded as well. Both in mind and body; so overwhelmed by whatever tasks he’s been forced into, it’s nothing what it once was. Every time I see him show an illustration of his true form, it grows more degraded like “NPC.” Perhaps not as drastic, but no longer the proud fighter I once knew him as.

And me? I’m not sure this body is even mine anymore, I can hardly recognize it. My mind…falls into periods of haze…the air sickens me. Is it that the lesser shadow here is feeding off of our strength? Slowly taking everything away from us?

If he is, he knows all to well my thoughts. Keeps me busy, like my brothers, constantly testing new challengers who wish to join. How good of a fighter do you really think you are when all is taken away, back to your basics? Not many survive, but some thrill in training under such conditions.

The few times I’ve been given a mission and allowed to leave…I almost feel like myself again. My mind clears, my body heals…then I’m dragged right back here. I must remember, I must remember. Don’t forget again. Why did we come here? Must complete the mission. Must save my brothers…

I owe them everything.

The torso is a bit to bulky, but it works for this MOC