“I’m sorry little one, but I need your parts.”–“Revamp”

Imagine being taken apart, put back together again, taken apart again, put together again, and continuing to be repeated again and again. Sometimes it is a slightly better version of your last self, sometimes it is a completely different form. And sometimes, you’re never put back together, your parts used for some other creation. There is one member of the Dark Hunters who embodies such a monstrous being more than any other, and they call him “Revamp.” 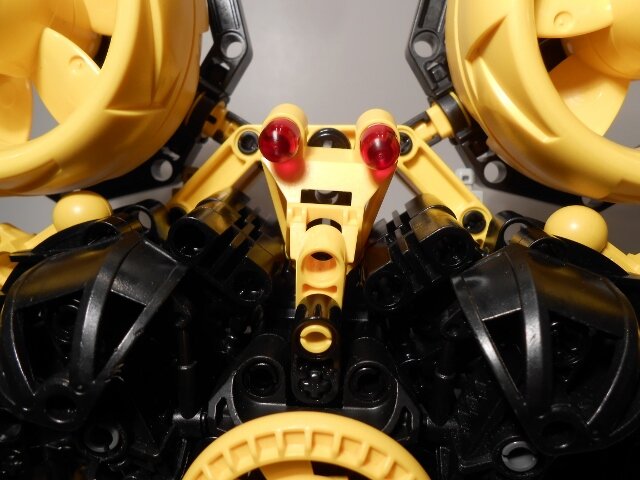 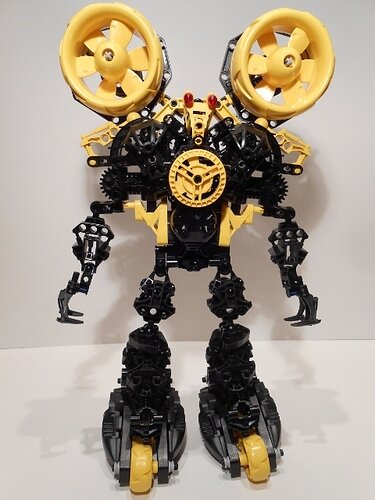 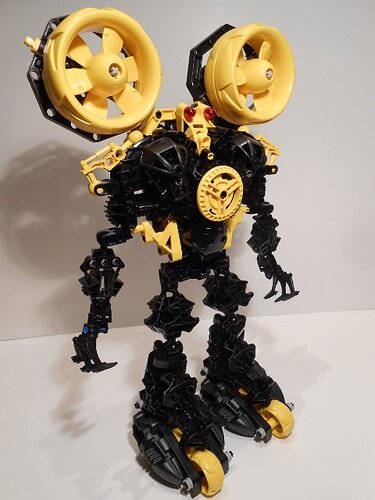 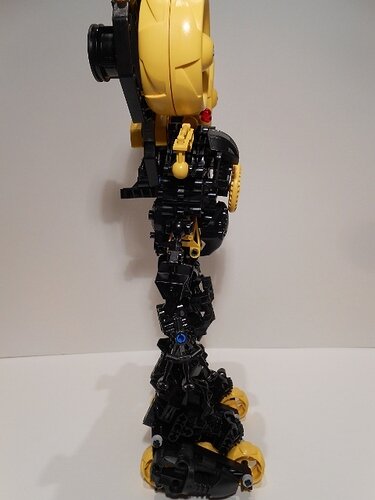 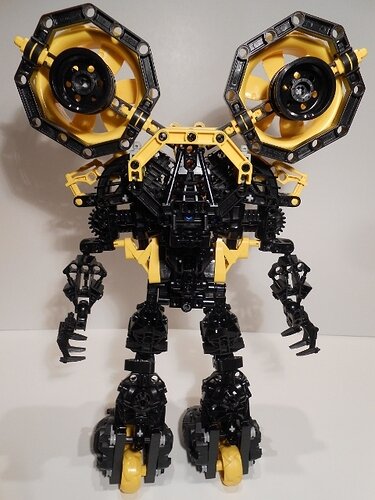 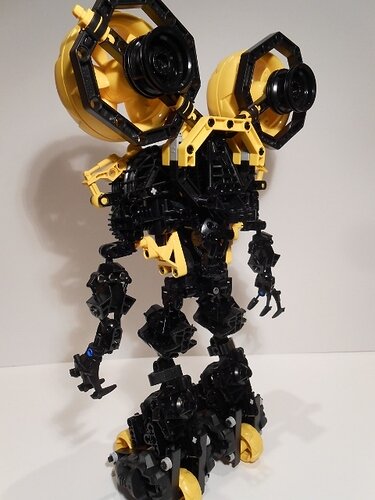 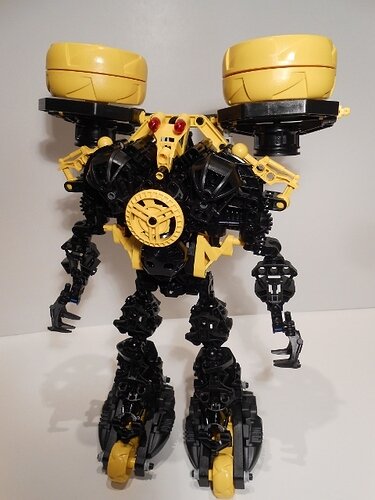 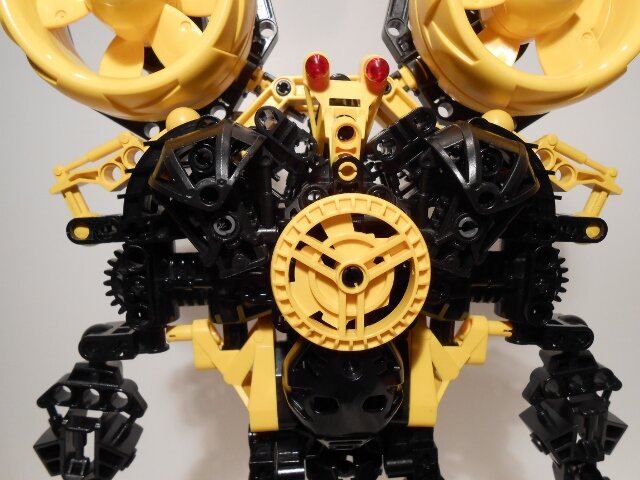 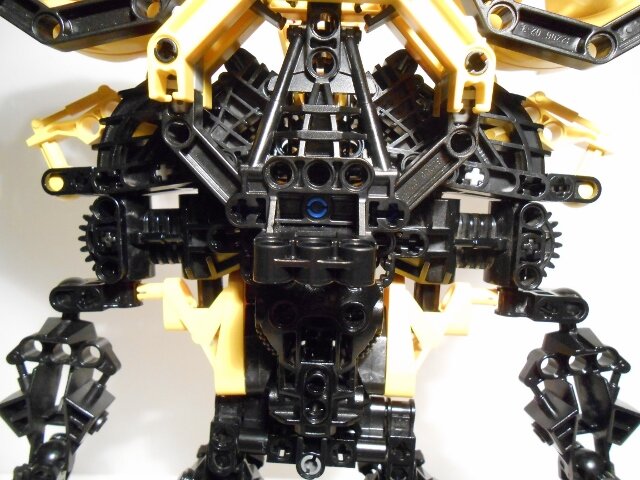 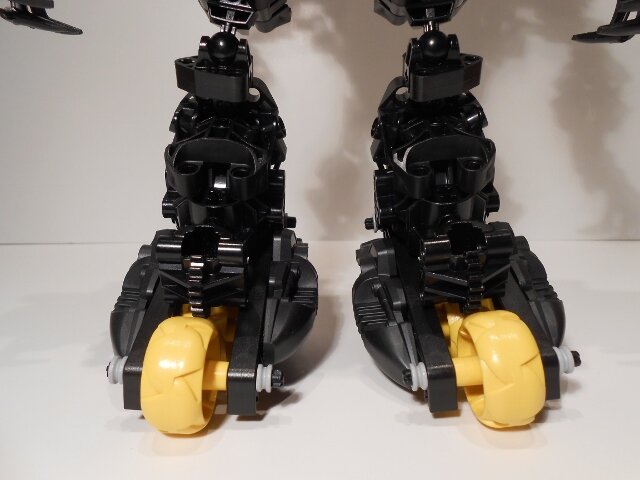 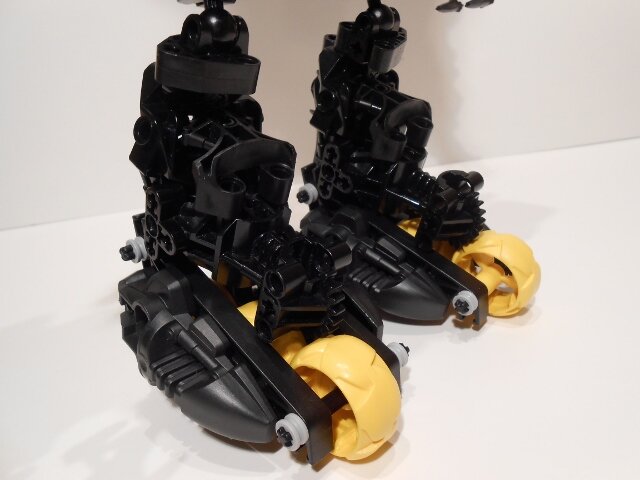 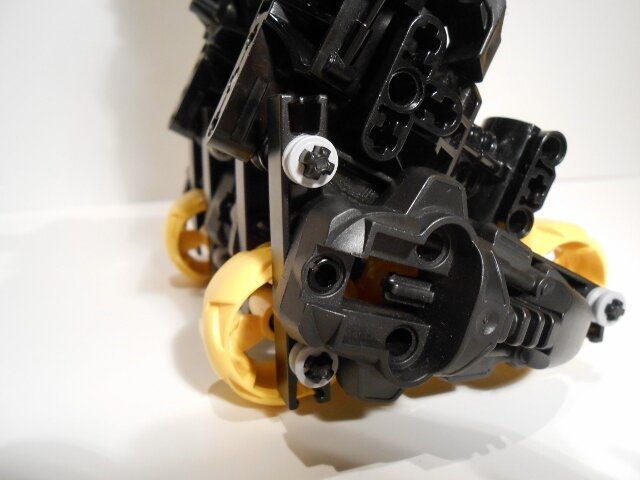 Powers and Weapon: “Revamp’s” primary ability, some would go as far to call it a power, is to rebuild himself. While most MU beings can be disassembled and rebuilt, most require someone else to do it for them. “Revamp” can perform this alone, changing his form and adding nearby parts as he desires. Which is a benefit for him, but a problem in describing any of his abilities, weapons, and powers accurately. Due to him constantly rebuilding and adding parts, what he can and cannot do varies drastically.

However, there are some consistencies regardless of form. His ability for construction is not limited to himself, able to command and assemble any nearby lose pieces into whatever construct he can image. These parts appear to move by some form of telekinesis, with constractions limited to what parts are available. He can just as easily disassemble these creations, but only that which he has made. “Revamp” is unable to use such dissembling powers on other beings or machinery that is not his own.

Perhaps as a result of this, he is incredibly knowledgeable in both mechanics and biology. Taking him little study to understand how a machine works or weak points in biomechanical beings. Thus skilled in the art of rebuilding others into more powerful forms, and just as skilled in taking them apart to use their pieces.

As for his current form, as depicted here, he is unable to use Kanohi due to his head choice. In other forms, he is fully capable of using both Great and Noble Kanohi. He has massive strength, rivaling that of “Gladiator,” and his skates allow him to travel fast enough to roller blade across seas. His large turbines can generate devastating twisters or create a vacuum to pull targets closer. The turbines, when not in combat, can be use for flight.

Personality: “Revamp” is a bit of a mad doctor, obsessed with finding a perfect form and incredible power. Unlike one of his many rivals, such as “Ignominious”, he believes that one’s power comes from their body, their form. It is the parts and pieces used that determines the power, and the correct build to survive that power. Resulting in him occasionally scrapping other hunters for their parts or vanishing for months in the search for one piece he thinks is absolutely needed. Tends to also have a bad habit of “revamping” other hunters, even when they didn’t ask or needed a change.

Background: As can be expected, “Revamp’s” life prior to the Dark Hunters is unknown. But most hunters are unsure if the current “Revamp” is even the same one who joined their ranks years ago. Rumors have started that “Revamp” is not just one hunter, but several, a name passed on as each one failed. While this is not the case and it has just been “Revamp” changing how he appears, it has nonetheless left other hunters greatly concerned for their safety. Regardless, if a Dark Hunter needed limb replacements or was damaged badly enough that their entire body needed to be rebuilt, there was always a “Revamp” ready with a smile.

Though once “Ignominious” came onto the scene, the two went into a fierce rivalry. Her philosophy of being able to create or give powers unrelated to their bodies was despised by “Revamp.” Even if she was right, without a physical form to contain or withstand that power, it was worthless. Leading into a mad contests between the two to prove who was right and who was better. All the while “The Shadowed One” grinned as his arsenal grew as a result.

Despite his knack for altering other hunters, he never touched “The Mechanic,” considered him to have been “played too much.” Though he fears “Mask Maker,” to see one not only waste such good parts, but somehow take all the strength from them! A probability of such impossibility, he avoids that hunter as much as he can, even against his own curiosity. “Ignominious” does not have as much fear, so he often goads her to find out how “Mask Maker” is able to get such power, if only for the hopes she gets killed in the process.

Honestly, just reminds me of throwbots, specifically the blaster one, the tiny arms to big body are probably why.

As coherent and delightful as this design is, I don’t really get the sense that he is what his bio says he is just by looking at him. I would expect something like TFA Lockdown, with miscellaneous parts slapped on him for their utility, but this guy just looks like he could only be a self-rebuilding mad doctor if he somehow managed to find enough matching parts to make himself perfectly symmetrical. Regardless, it’s a very impressive MOC.

A very cool, G1 Styled build, although the head being unable to turn is a bit of a downside for me personally.

Honestly, just reminds me of throwbots, specifically the blaster one, the tiny arms to big body are probably why.

Wasn’t my intention, but you’re definitely right, he looks a lot like Blaster. Almost a reversed colored Blaster at that. I love the Throwbots, so many my subconscious was leaking in on this one.

As coherent and delightful as this design is, I don’t really get the sense that he is what his bio says he is just by looking at him. I would expect something like TFA Lockdown, with miscellaneous parts slapped on him for their utility, but this guy just looks like he could only be a self-rebuilding mad doctor if he somehow managed to find enough matching parts to make himself perfectly symmetrical. Regardless, it’s a very impressive MOC.

Well, the way I see it, he is going for a perfect form and for many, symmetry is part of perfection. It’s not to say he’s always symmetrical, just in this particular instance. He is very focused on the physical, so appearance as much as utility would be important to him. Or that’s how I feel about it anyways.

Then he fits in really well. Now to see if someone out buffs him before this project ends!

A very cool, G1 Styled build, although the head being unable to turn is a bit of a downside for me personally.

Thanks! Though, yes, that is a bummer. But it achieved the look very well, so it was a sacrifice I went with. He’s not the only Dark Hunter I built with an immovable head, some are a bit more deceptive about it than others.